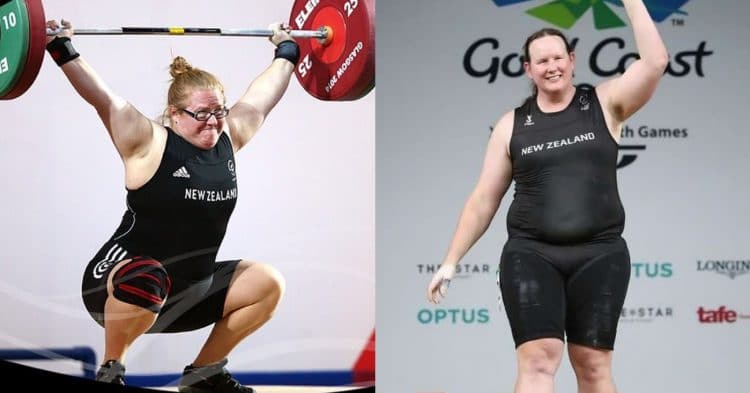 In the world of Olympic weightlifting, Laurel Hubbard has been a subject of controversy over the last couple of years. This is only growing, after reports from a fellow New Zealand weightlifter by the name of Tracey Lambrechs, claims that she was given an ultimatum after the transgender athletes addition to the team.

Lambrechs was a weightlifter for the New Zealand Olympic team, scoring as high as 13th in the 2016 Games. She also apparently was the best 75kg lifter on her team at the time too.

That was, at least until Laurel Hubbard entered her weight class, shattering all the records that she set. As Tracey explained in a recent interview, this led to her being forced to make a decision: either change weight classes, or retire from the sport altogether.

“At first I was pretty angry, pretty upset, pretty disappointed. There were a lot of emotions, but I really wasn’t that happy about it,” Lambrechs said.

“The way I found out was via a phone call from my coach at the time. It was like a Monday morning, and I got a phone call and I was told that all my records had just been broken. I was like ‘What do you mean? There’s no one else close to me, I shouldn’t have my records broken.’

“I was told Laurel (Hubbard) has started weightlifting and she competed on the weekend, so as of now, you’re number two,” Lambrechs continued. “I was told by the National Weightlifting body that I either needed to drop a weight category or look at retiring, because the competitions that we were looking at qualifying for could only see one per nation in the body weight.

“So they were like ‘It’s not going to be you, so your options are lose 18 kilos in three months, or you can retire. I’m quite competitive so I lost the weight in three months.”

Related: Trans Weightlifter Laurel Hubbard At The Olympics Is ‘Unfair To The Sport And To The Athletes’ Says Rival

Tracey Lambrechs went on to explain that she dropped the weight to prove her toughness and satisfy her competitive nature. She said that she wanted to qualify for her third Commonwealth Games, and did what she needed to do so.

That said, after this happened, Tracey made the decision to retire. She said that she was disappointed in how things were handled, and chose to walk away rather than be forced to accommodate Laurel Hubbard.

“At the end of the competitive, I had just had enough. I was disappointed with New Zealand weightlifting, and I was just not willing to put myself through any more disappointment. It wasn’t worth me being upset anymore at the situation and the way I was treated as an athlete,” Lambrechs said.

“My family all came out to Australia, watched me compete, and that is where I retired and haven’t stepped on a platform since.”

The things that Tracey Lambrechs are saying line up with some of the concerns that the detractors of Laurel Hubbard and her inclusion in Olympic weightlifting: that New Zealand is just looking for someone to help them win. Whether that is the case or not, this is a complicated situation for all involved.

Read also: Weightlifters Ordered To ‘Be Quiet’ Over Concerns About Trans Athlete Laurel Hubbard Ahead Of Olympic Qualifiers