Transgender weightlifter Laurel Hubbard is out of the Tokyo Games early, after failing all three of her snatch attempts 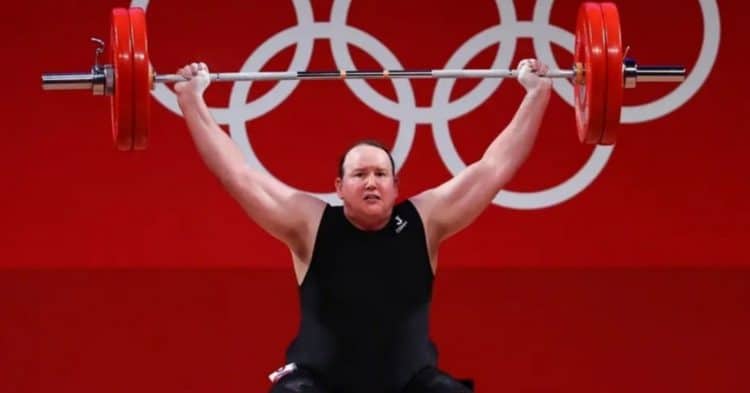 There was a lot of concern about how transgender weightlifter Laurel Hubbard would do, after being controversial allowed to compete at the Tokyo Games. In the end however, she would be bounced from the contest early, after going 0/3 on snatch attempts.

Representing New Zealand’s +87kg division in women’s weightlifting, Hubbard made history by being the first transgender weightlifter to compete in the Olympics. This caused a lot of blowback from spectators and athletes alike, despite the fact that she was in line with the IOC guidelines for trans athletes.

That said, Laurel Hubbard proceeded into the Tokyo Olympics nonetheless, although her time would be cut short. The trans weightlifter went 0/3 on her snatch attempts, missing once with 120kg, and twice with 125kg, resulting in her early dismissal from the Olympics.

Laurel Hubbard and the Future of Trans Olympians

There were strong feelings about Laurel Hubbard competing in the Olympics, both in support and against. There were several athletes who spoke about how unfair it was that she was allowed to compete, despite the fact that she was well into adulthood before transitioning, and having experience competing as a man.

However the International Olympic Committee voiced nothing but support for her, repeatedly citing that she was in line with guidelines they presented, in regards to testosterone levels. That said, they did make it clear that after the Tokyo Games, they would be reassessing the criteria for transgender athletes.

Given how poorly Hubbard did in Tokyo, it will be interesting to see what those changes end up looking like, and if the IOC will use her early departure as proof that there is no benefit for transgender competitors. After all, if you look at the situation in a balanced way, that is certainly the picture that is painted.

It is easy to cry “no harm, no foul” after the way things ultimately turned out, but taking another look at the IOC guidelines is still important. Most sensible people would agree that equality and inclusion is important, but that it is equally crucial to not sacrifice those same principles for people who were born as women.

Hubbard statement after out of Tokyo games.

“Of course, I’m not entirely unaware of the controversy which surrounds my participation in these Games,” Hubbard said after exiting the competition. “And, as such, I’d particularly like to thank the IOC, for, I think, really affirming their commitment to the principles of Olympism, and establishing that sport is something for all people. It is inclusive. It is accessible.”

“My performance wasn’t what I had hoped but I’m humbled by the support I’ve received from so many people around New Zealand,” Hubbard said in a statement released by the New Zealand team.”

“We acknowledge that gender identity in sport is a highly sensitive and complex issue requiring a balance between human rights and fairness on the field of play,” the NZOC said. “The New Zealand team is committed to supporting all eligible New Zealand athletes at the Olympic Games, ensuring their mental and physical wellbeing as they compete on the world stage.”

That being said, it is hard to not feel for the likes of Tracey Lambrechs, who was apparently told to change weight classes or retire, in order to make way for Laurel Hubbard to compete, only for Laurel to not perform to expectations. This is certainly a tricky situation for everyone involved.