These women continue to improve to their performances year after year! 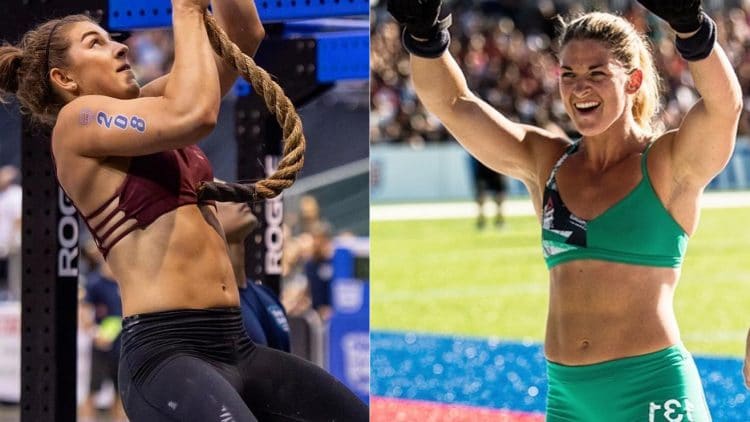 There are far too many talented female CrossFit athletes to name so we’ve gathered a few to show you just how impressive these competitors are. The 2019 season ended a few months ago and now we’re looking ahead to 2020 which brings new upcoming talent to keep an eye on. But the following athletes aren’t just great, as their stories are also pretty inspiring as well.

Here are 6 impressive female CrossFit athletes who hail from Europe…

Emilia Leppanen is the “Fittest Woman in Finland” who placed 48th worldwide in the 2020 CrossFit Open and was 55th at the 2019 Games which was her first appearance after becoming a national champion. And at 32 years old, Leppanen may not have the luxury of having plenty of time left in the sport as a competitor.

But, we have to admire the fact that she has pretty much improved her placing in CrossFit competition each year with a best regionals placing of 10th in 2018.

She’s 24 years from Slovakia and an absolute beast of an athlete. Karin Freyova has made scary improvements over the years with a 9th place finish in the 2020 Open which is a big jump from her showing in 2016. She came in 7th as a Regionals athlete in 2018 nearly earning her a Games invitation that year, when she finally broke through, Freyova placed an impressive 21st at the 2019 CrossFit Games in her first appearance.

Don’t let your eyes off of Karin Freyova this season because she is coming in with the same determination she has shown over the past few years and we’d expect her to improve upon her performance.

Gabriele Migala has quite the impressive resume being the third Fittest Teen in 2016 which was her first Games appearance. She’s the Polish women’s National champion as has been the case since 2016 and she finished at an impressive 17th in the 2020 Open.

At 21 years of age, there’s so much potential for Gabriele Migala that it’ll be exciting to follow her journey up to the 2020 CrossFit Games.

Julie Hougard earned the title of Fittest woman in Denmark for the second year in a row, she was 74th at the 2020 Open and even more impressive is she’s currently a doctor who was studying when she won her first National championship.

We can’t wait to see what she brings to the 2020 CrossFit Games which will be her first.

At only 23, Andrea Solberg from Norway is a force to be reckoned with. She was a top 3 finisher in both the Filthy 150 and SouthFit CrossFit Challenge sanctionals recently while also placing 97th at 2020 Open but there’s still plenty of time for her to improve throughout the year. She was also a 2016 and 2017 Regionals competitor placing 10th and 17th respectively.

Solberg was also the winner of both the Aphrodite Games and the Norwegian Throwdown but we’ll see what she has in store for the near future.

She’s a 2018 and 2019 CrossFit individual athlete from Sweden and Camilla Salomonsson Hellman has been competing at the European Regionals since 2011. Hellman has made dramatic improvements going from 941st in 2012 to 13th in the 2020 Open after a 27th place finish in 2018.

The athletes on our list are an inspiration because of their will-power and progressively better performances in CrossFit competition.

And in 2020, we’ll be sure to keep them sight amongst the many other elite competitors.

When you look at the physique of an elite CrossFit athlete, you see the result of the hard work they...