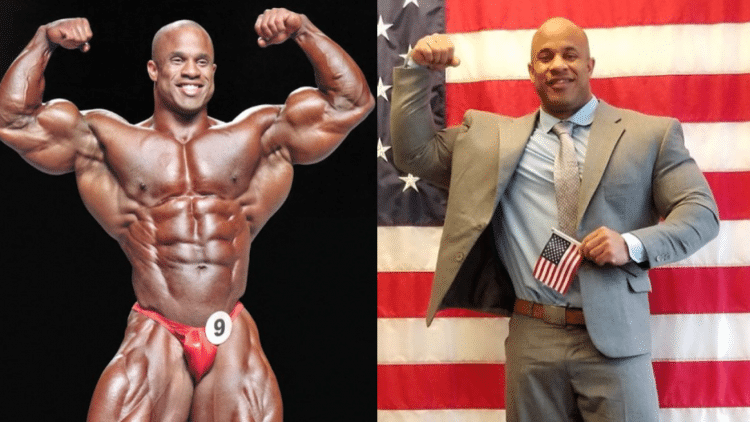 Victor Martinez is a bodybuilder out of the Dominican Republic. After a long struggle, he has  finally managed to earn his American Citizenship.

Receiving American Citizenship is not an easy task, and for Martinez it was no different. He has competed as a bodybuilder for many years, chasing the goal of becoming an American. All the while, he has competed all over the country, scoring as high as second in the 2007 Mr. Olympia.

The issue with Martinez getting his citizenship stemmed from some legal trouble that he was involved in, back in 2003. He was arrested and convicted of distributing steroids, and served 90 days in jail. Subsequently, when his permanent resident card expired in 2012, he was jailed again. As a result of his felony charge for the steroid case, he had trouble getting that citizenship. Although he was ultimately released, and allowed to stay in the U.S. due, in part, to then-Governor Arnold Schwarzenegger.

Now, after many years of struggling, it seems Martinez has finally gotten what he was looking for. According to a recent post to his Instagram, he has received his American Citizenship. To say he was excited, would be a massive understatement.

“Only thank you and gratitude to @sal.nyc esq for walking into my gym a long time ago and saying if you don’t change this plead in your case you will never be a citizen. To George Crimarco esq and his staff @mellienbrax and Cristiane Laurenco in #miami , a judge can want to kick you out of the country, but they must follow the rule of law that says otherwise for the rights of citizens and immigrants alike.

Sorry for driving you guys nuts @mellienbrax .Thank you. To Kieth and Abby Gordon on getting me Crimarco law. Thank you. To @schwarzenegger thank you for looking out and writing me that letter to the judge and everyone else who did @cristianriverafoundation . Thank you.To Gerard Dente and Steve Blechman for holding me down during hard ass times. To @timalexesq and @paula_zwiren esq for the visits and helping me fight the long fight. To my family, especially my brothers and sisters,for always being in suspense and pulling hairs waiting to see what’s next for me. To all the good immigrants on lockdown with me ,hope you guys won your cases. To all the cool customs agents that always rooted for me. To my wife @normacarrasquilla I love you. To @no cnewsonlineofficialpage and @ifbb_pro_league for standing by me. My trainer @victormunoz_proedge

“For a green card I cut him up real nice”-Scarface. To my all my beautiful kids ,how can I quit when I have you counting on me? Can’t get rid of me now..Never! My friends you know who you are ..And last ,but definitely not least my fans thank you. Dominican Dominator for life. Now I go train.”

Congratulations to Victor Martinez on this massive achievement.