Following a series of impressive physique updates, Flex Lewis thinks that Seth Feroce should make a bodybuilding comeback and offers to train him 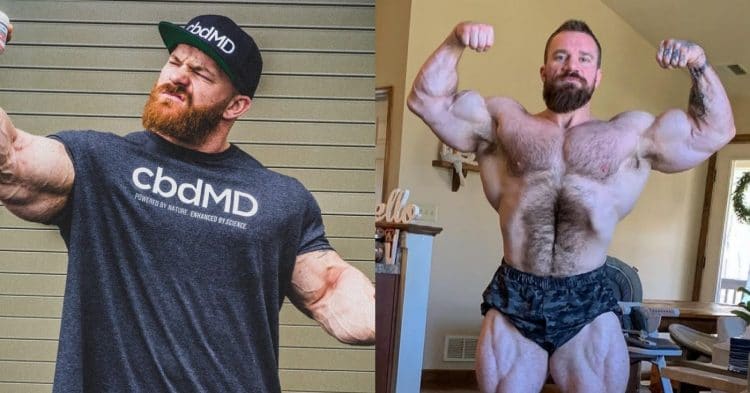 Bodybuilding veteran Seth Feroce has been getting the fanbase stirring with some pretty impressive physique updates recently. Now he has the attention of Flex Lewis, who has even offered to train him for competition.

Lewis, like the rest of us, have been blown away by the incredible updates that Feroce has been posting lately. For someone who has not competed in nearly a decade, he looks to be in incredible physical condition.

While he is far from competition ready, Seth looks better than expected for an athlete that was forced into retirement with health issues. He has been undergoing a recent transformation that has everyone buzzing.

The most recent update from Seth Feroce sees him five and a half weeks into this transformation, and he is jacked. Posting to Instagram, the retired IFBB bodybuilder showed off his shredded frame, while going through some poses, and it got the attention of everyone, including Flex Lewis.

Like old times!
Posing in the living area where the natural light is.
Kids shows on.
Kids stuff in shot.
I f—kin love it!
.
I am feeling it!
It is time to push to the next level.
Step up the cardio game.
Refine the diet.
Take some carbs out on certain days.
Add in some extra on higher output days.
Change up some protein sources.
All the fun stuff!! 💪
.
I am 215.5lbs in the AM – Post Cardio.
Body is responding well to what I am doing.
Everything is firing.
Body feels great.
Tricep is still attached. Lol
Body is not symmetrically what it used to be but my focus and goal is not to look perfect. It is overall health and pushing myself physically doing what I love!
.
Fuckin A!
Everyone in the HWMF Challenge and everyone out there with Personal Goals…. Keep Pushing MFers!
Don’t quit!
Don’t look for excuses!
Wake up everyday and set the F—kin Tone!
Be a Hard Workin Mother F—ker!! ⚒”

This impressive physique update got the attention of numerous bodybuilders, all of whom were impressed with how Seth Feroce looked. Among those was 212 Olympia champ Flex Lewis, who had something interesting to say in the comments.

He posted underneath this video, to offer to train Seth for a bodybuilding comeback, should he chose to do it. In fact, he says that he just needs two days to prepare Seth to be stage ready, which is equally a compliment to how good he looks, as well as how great of a coach Flex is.

At the end of the day, Seth Feroce has not given any word as to if he plans on making a comeback to the bodybuilding stage. That said, if he does choose to compete again, there are few people better equipped to help him, than Flex Lewis.

Do you want to see Seth back on the bodybuilding stage? If he does compete, how do you think he would perform against today’s crop of athletes?