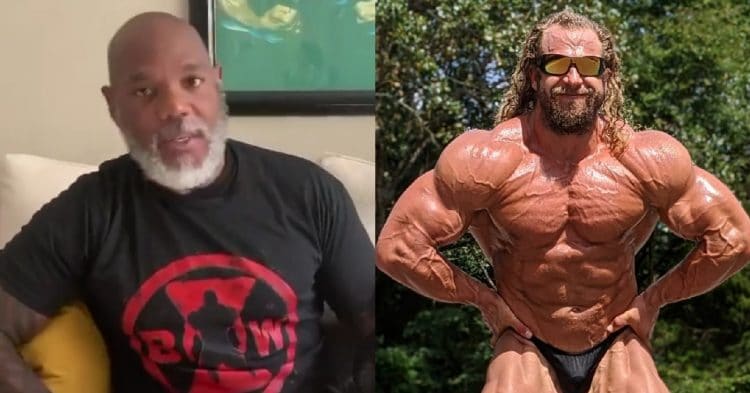 YouTube fitness star Jujimufu is preparing to make his long awaited debut on the bodybuilding stage next year. However it came as surprise when Flex Wheeler announced that he would be helping him prepare.

When Jon Call, better known by his alias Jujimufu, revealed that he was looking to compete in bodybuilding, fans were ecstatic. There had long been some thought that he had the natural genetic athleticism to experience some success on the stage, and he had been flirting with the idea for some time. However he finally revealed that he was going to be making his debut in 2021, at the Arnold Classic Amateur. He even began to work with some of the most elite competitors in the world, as they helped him with fine tuning his posing techniques.

Now it seems that Call has found an even more prestigious veteran to help him with his poses. Bodybuilding legend Flex Wheeler took to his Instagram recently to announce that he would be working with Jon for the preparations of his debut. Apparently he will be serving as the role of Jujimufu’s posing coach, something that makes the YouTuber very excited.

The clip in the post was an excerpt of a video that Jujimufu uploaded to his YouTube. Here he makes the revelation that Wheeler will be coaching him, a fact that apparently was news to a lot of people. Then he shared a cool video clip celebrating Flex.

“I did one video Kai. We met Kai one time, on an offshoot chance and we did a quick posing video with it. It was great, I learned a lot from Kai. But Kai is not my posing coach. I have a posing coach. His name is Flex Wheeler. He’s the uncrowned Mr. Olympia. We got a lot of cool things going on. I’ve got Flex Wheeler as my posing coach, so we’re going to have regularly scheduled sessions on Skype soon.”

It is good to see Flex Wheeler finding a way to be involved in the sport again, after losing the lower part of his right leg. He has had some tough moments over the last few months, but working with Jujimufu will be the most actively involved he has been with bodybuilding since then, so hopefully it will help to keep him positive.