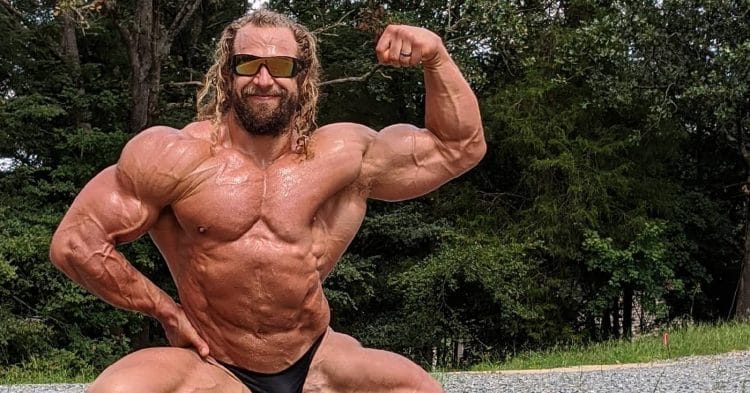 For several months, Jon Call, aka Jujimufu has been saying that he will be competing as a bodybuilder. Now he has finally announced when he will be making that bodybuilding debut.

When Call revealed that he was interested in trying his hand at bodybuilding, some fans were unsure if they should believe him. Then he started working with some big names in the sport, like Kai Greene who helped him learn about posing, and all of a sudden it became clear that this was something he was genuinely interested in doing. The only remaining questions at that point were when and where he would make his debut on stage.

It seems that Jujimufu has finally figured out when he will be making this highly anticipated appearance in competition. Taking to his Instagram, he shared some killer physique updates, but he also revealed that he will be making his debut at the Arnold Classic Amateur next year. Furthermore, he revealed that he will be working alongside California Pro champ Antoine Vaillant, as well as Dorian Hamilton, to prepare for the show.

“😎 BREAKING OUT THE POSING TRUNKS! 😎

I’m entering my first bodybuilding competition March 6th, 2021 at the Arnold Classic Amateur! So I’m 24 weeks out! My goal is to look way better than I do today! 😀

I will be receiving some coaching from @dorian_hamilton and @antoinev87 we will get a plan going next weekend when we meet, and I’ll continue to develop my best physique ever!

And soon my new home gym will be ready with lots of new equipment to help with this contest prep for better workouts! My friend and training partner @tomrboyden are looking forward to doing more fun vids on YouTube as we both push each other to be better versions of ourselves! 💪”

In addition to this big news, this was the first time we saw Jujimufu with posing trunks on. It has given us a better look at his legs, as well as his already outstanding conditioning. He is already looking better than most do 24 weeks out from their first show, and he seems intent on only improving from here.

It is always an interesting thing when people who got their fame from YouTube look to compete in bodybuilding. However Jujimufu seems to have a level of athleticism not typical of his contemporaries on the platform. This makes his bodybuilding debut all the more intriguing, and worth a watch.