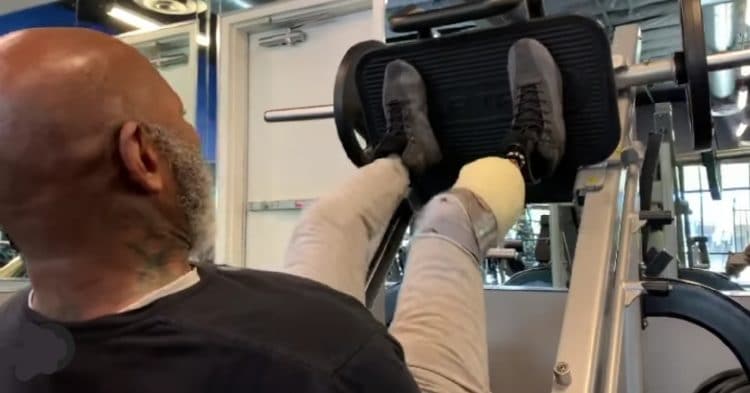 As each day passes and his recovery, moves along, Flex Wheeler continues to provide unbelievable amounts of inspiration to those flowing his journey. This was only furthered after some recent training footage, showing just how much progress he has made.

The bodybuilding community was devastated when Wheeler revealed that he was forced to get an emergency leg amputation. Since then he has had his ups and downs mentally, all of which he has been surprisingly honest about. That has made his progress personal for those who had been following along, from being able walk again, to hitting the gym.

It would seem that Flex Wheeler has no intentions on slowing down with his return, either. A recent post to Instagram sees him doing some pretty intense cardio work. He hits the elliptical with determination, and looks good along the way.

This was not the only unbelievable training session Flex has been having lately. Another post to his Instagram sees him hitting the leg press. Considering the circumstances, it is super impressive to see him doing this type of workout.

Obviously this is not an amazing accomplishment because of the weight that Flex was pressing. This was more about the fact that he has been able to make ridiculous amounts of progress. Compared to where he was a few months ago, this is light-years ahead.

It is unbelievable that Flex Wheeler has been able to make the progress that he has, in such a short amount of time. Obviously this has not been easy for him, and it is very much a product of hard work. However he is proving time and again that he is refusing to let this setback keep him down for long. He is a true legend.