Flex Wheeler Shares Emotional Update After Getting Home From Hospital 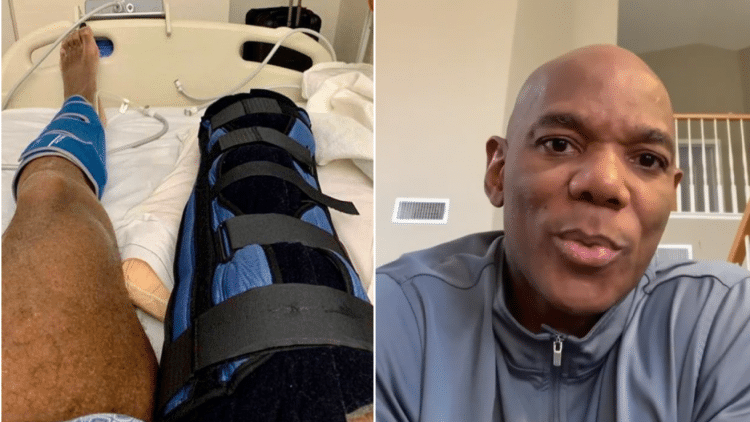 Flex Wheeler has been going through a lot since getting a partial leg amputation. Now he gives an honest and emotional update following this tragedy.

Wheeler had to get a partial amputation on his right leg, following a series of health complications. Throughout the whole process, he has been rather transparent about his thoughts and emotions. Furthermore, he has maintained a largely positive attitude during the whole ordeal.

However things are not always that easy for Wheeler. In a recent video to his Instagram, he chose to be incredibly open and honest about his emotions. He had finally made it home from the hospital, and he explains how that has affected him. Moreover, he dives into how things have changed for him since losing the leg.

“I got home last Thursday, about nine o’clock in the evening, and went straight to bed. I had amazing rest, in my bed finally after being gone a little bit over a month.

But if I was to truly be honest, I would have to say from that point on, I’ve just been going through an emotional roller coaster.

How difficult it is to get down my stairs, and having to use my crutches, and just the fear of how high that is [the staircase], and if I fell.”

Wheeler continues, explaining how upset he is, seeing pictures in his house with both of his legs. Additionally, he details how quickly things escalated, leading up to the procedure. He said he knew that he would lose his leg, and that the pain was too much.

Nonetheless, it was still an incredibly quick turn of events.

Flex Wheel went on to detail how much this has affected him mentally. He was even told that he needed to slow down, and take time to mourn. The professionals explained to him that this was a massive loss, and he could not help but agree with that.

“Yeah, I just beat myself up, saying I’m half the person I am. I’m not the man I was before, I’m half a man now. You know, just all the negative thoughts. Just couldn’t stop sobbing uncontrollably.

Finally I just realized, that’s something I need to go through, something I’m still going through, and if I planned on getting out the other side, I truly have to go through that to be okay.”

Check out the emotional message from Wheeler:

Wheeler went on to explain that he is getting okay and that getting back to church helped. In addition to that, he also thanked Dennis James for setting up a GoFundMe on his behalf. Then he explained how different things are now, from the perspective of a wheelchair, and having people stare at him. Despite that, he is finally adjusting and getting used to it.

It is impressive to see Flex Wheeler be so honest during this tough time. He is truly an inspiration for his honesty and bravery.