Three Weeks After Stepping Down, Nicole Carroll Announces Her Return To CrossFit HQ 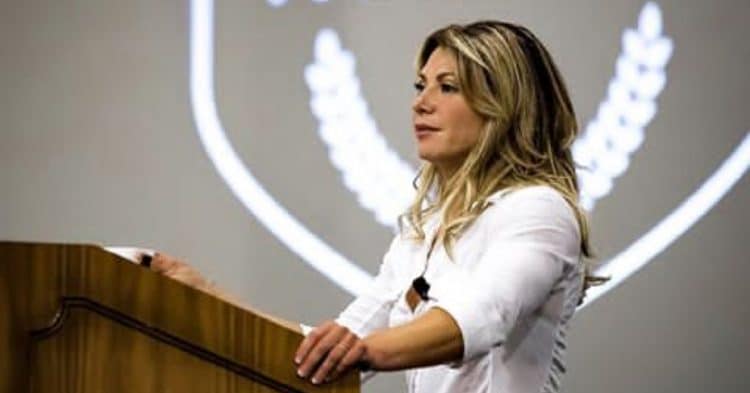 There have been a lot of changes in the CrossFit community over the last few weeks. These changes have resulted in Nicole Carroll deciding to return to her position with CrossFit HQ.

There was a lot of unrest in the community following a string of concerning comments by former CEO Greg Glassman. This led athletes and sponsors to separate themselves from the brand, as well as several employees leaving their positions with CrossFit HQ. One such example was Director of Training Nicole Carroll, who felt it important to draw a line in the proverbial sand, so she resigned from her position.

Now three weeks later, and following the announcement that Eric Roza would be purchasing the company and replacing Glassman as CEO and Owner, Carroll has revealed that she is returning to her position with the brand. Taking to her Instagram she made the announcement, saying that she was excited to be back.

“Just over three weeks ago I resigned my position with CrossFit. Today, I could not be happier to make the announcement that I am returning.

Walking away from something I spent so many years helping build; my livelihood, the only career I’ve known and a team whom I love dearly, was one of the hardest decisions I’ve ever had to make; both personally & professionally. While it may have appeared that a single issue or instance prompted my leaving, this was not the totality of it.

However, that’s in the past. At this time, I want to focus on the present and my hope for the future.

I am greatly encouraged by the conversations I’ve shared with @rozaeric over the last couple of weeks. In fact, with each interaction, I’m filled with ever more optimism. There is hope and healing in the air for the community. There is an authentic commitment to creating a healthy & inclusive company culture, mending relationships, innovating forward, and restoring a sense of pride in the CrossFit name.

I want to be part of this future.

Finally, I can’t even begin to say thank you enough to everyone for their messages of love and support; many of them made me cry but all filled dark days with much needed light. Thank you.

I am ready for a new beginning and the opportunity to be back where I belong.”

Carroll explains that it was conversations that she had with Roza that led her to the decision to return. Her announcement has been met with a ton of positive feedback, including by Roza himself. He took to his own Instagram following her announcement to reveal his excitement.

The return of Nicole Carroll is a positive sign for those who were worried about her leaving. Moreover it could point to something good to come, with the other athletes and employees who have been boycotting the company. It seems that people are genuinely glad to see Eric Roza taking over the reigns of CrossFit.

This 4-Year Transformation Of Kiera Aston Will Blow You Away