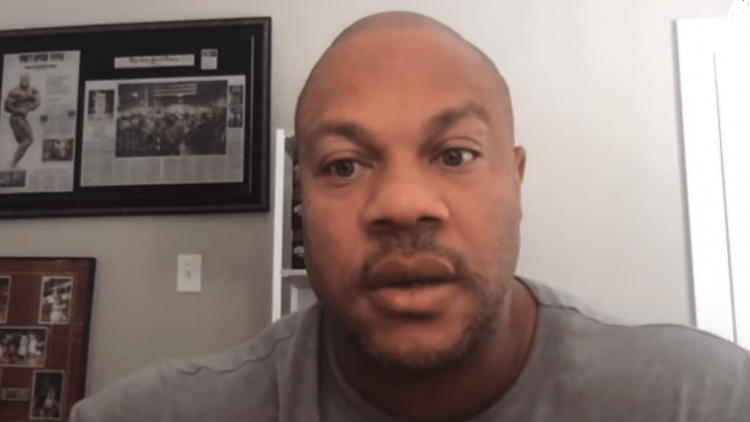 Phil Heath chose to sit out of competition in 2019. However, he is now looking to make a return to bodybuilding in 2020.

Heath is a seven-time winner of the Mr. Olympia competition. Therefore, it came as a shock when he was beaten by Shawn Rhoden in 2018. Following that, he made the decision to take a year off from competing, to refresh himself and recover. Despite the fact that there was an opportunity for him to make a comeback, he stayed on the sidelines.

Nevertheless, Heath has now revealed that he will be making a comeback to the 2020 Mr. Olympia. Speaking on RXMuscle, he doubled down on this sentiment and explained what it was like, taking time off.

“The way I handled things was to go through those scenarios weeks before, if I can, to try to prepare me for the actual moment.

So, about two months out I’m thinking ‘Okay, you’re not doing the show, so how are you going to feel?’

And you’ll start going through preliminary emotions like ‘Ah man, this sucks.’

Despite that, Heath was still wanting to compete.

As Phil Heath explained it, his body still looked to be in a condition to compete at the Olympia. This was something that was evident by his social media posts, as well. However, he explained that his body was just on autopilot, from competing for so many years. Even though he thought about coming to the competition, he chose to stay home.

I was disappointed a lot, when I was watching. But then I was just trying to take a step back and say ‘You know what man, how do you feel, Phil?’ And the way I felt, I was good with it, I was happy.”

Heath went on to explain that he had to take a step back and realize that things were okay. He realized that he likely could have won this year, and gotten a big payday. However, he says that he was able to look at how much other work he was doing, to keep himself financially stable, even without competing.

As for competing next year, the door is still open.

Looking at the landscape after the 2018 Olympia, Heath was done competing. However, following his defeat, he got some serious support from fans. Therefore, despite the fact that he has nothing left to prove, he is considering making a return.

“As far as 2020, a lot of things will have to come into alignment. I pretty much have talked to Dan Solomon about that, a couple times prior to the Olympia. To me, things just have to be in proper alignment, because it’s got to be a big production, a splash. Like the marketing for me has to be a certain way, and I don’t mean that it has to be one-sided, it just has to be done a certain way.”

Heath explained that he has been painted as the villain in bodybuilding for some time. Therefore, if he were to return, it would have to be marketed the right way. Furthermore, he even may want to be considered a hero this time around.

You can see the full interview with Phil Heath below. Do you want to see him make a return to the Olympia in 2020?