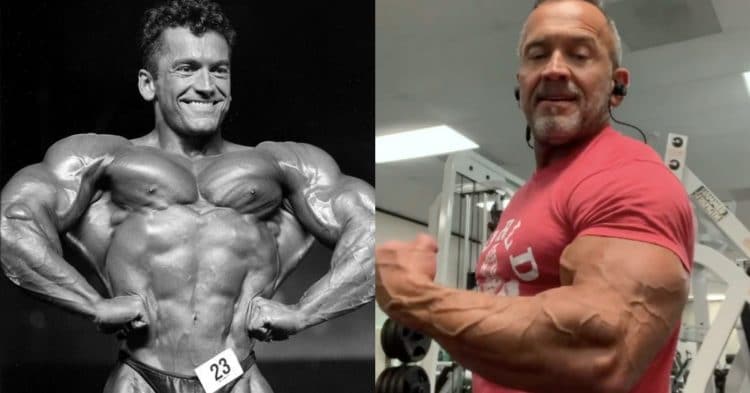 It goes without saying that Lee Labrada is one of the best in his era. He showed recently that he is still in tremendous shape, with an impressing looking physique update at 61 years old.

With more than a decade of experience under his belt, Labrada is a true veteran of the sport. He used his incredible physique to win several IFBB titles, as well as multiple second place wins at the Olympia and Arnold Classic.

In 2004, Lee was inducted into the IFBB Hall of Fame, which is a testament to how beloved of an athlete he was during his time competing. Nowadays he has put a focus into the nutrition side of things, starting his own nutrition company.

However just because it has been more than 20 years since Lee Labrada stepped on the stage as a bodybuilder, does not mean that he has let himself go. In fact, a recent physique update showed that this is quite the opposite.

Posting to Instagram, the 61 year old veteran shared a brief video of him flexing his arms, showing insane vascularity. He looks to be in phenomenal shape, especially for his age, and his biceps and forearms are still enormous.

“Getting in a little post workout mirror check… not bad for 61? Bodybuilding is a lifetime pursuit for me and a lifestyle that can be lived at any age,” Labrada wrote.

“I really believe that working out regularly and eating healthy are two of the vital pillars to a long and productive life. If your body is healthy and you maintain a positive outlook, there’s no stopping you! Hope you guys have a great workout today! Blessings, Lee.”

This was the start of a new Instagram page from Lee Labrada, after he deleted all of his previous posts. Starting just a few days earlier, he has begun uploading posts that are meant to help boost his nutrition business, with messages of inspiration and fitness tips.

One throwback video that he posted, sees Lee doing some chest work, alongside his son Hunter. Hunter is continuing his father’s legacy with his own status of being an IFBB Pro, having competed at the Olympia, with his next contest being the Chicago Pro.

Related: Hunter Labrada “Not Going To Olympia Just For The Experience”

It is crazy to see just how great of physical condition Lee Labrada is, regardless of his age. He looks as good as one could possibly imagine, and it will be interesting to see what other things he shares to this newfound Instagram page.