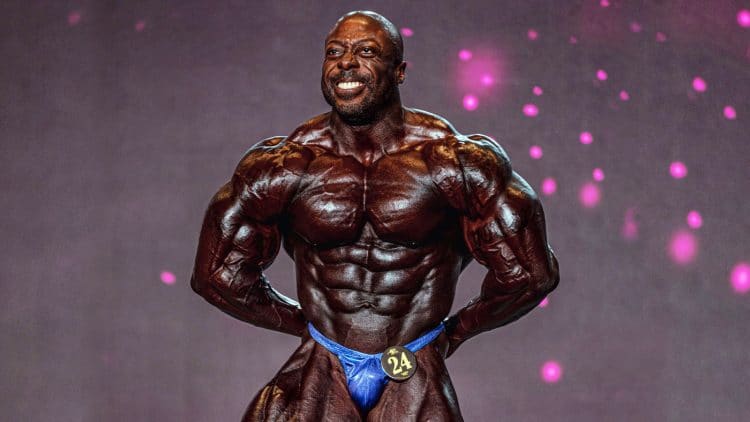 The official autopsy report reveals “sudden cardiac dysrhythmia due to hypertensive cardiovascular disease” as the cause of bodybuilder George Peterson’s sudden demise before 2021 Olympia. The 37-year-old bodybuilder shockingly passed away on October 6th, 2021, right before 2021 Olympia started. The medical examiner on the case also stated that anabolic steroid use was a contributory factor and concluded that the manner of death was natural. The news was first published by TMZ Sports.

The autopsy report obtained by TMZ also noted that anabolic steroids Boldenone and Stanozolol were present in George Peterson’s system. The report also mentions that George Peterson’s heart was enlarged to 500gms and had thickened papillary muscles and chordate tendineae.

Studies have shown that long-term steroid use can enlarge the heart. While that in itself is not a disease, it does put a person at greater risk of contracting cardiovascular diseases, heart attacks, and strokes. This could be the reason that the medical examiner attributed steroid use as the contributing factor in George Peterson’s death. As per the Generation Iron, The medical examiner’s report concluded as follows:

“In consideration of the circumstances surrounding the death, and after examination of the body and toxicology analysis, it is my opinion that the death of George Peterson, a 37-year-old black male, is the result of a sudden Dysrhythmia due to hypertensive cardiovascular disease. A contributory factor is anabolic steroid use (Boldenone and Stanozolol). The manner of death is natural.”

George Peterson is a modern bodybuilding legend that competed in the Classic Physique and 212 division. Since turning pro in 2017, Peterson competed four times in Olympia and secured a top-three finish in every single one of his attempts. He won the 2019 Arnold Classic and also scored victories at the 2017 and 2020 Tampa Pro.

Peterson was set to compete at the 2021 Olympia that took place from October 7th to 10th in Orlando, Florida. However, a day before the competition, the news of George Peterson’s sudden passing shook up the bodybuilding world.

Reports later revealed that Justin Miller, George Peterson’s longtime coach found him face down in his hotel room with blood around his nose. Attempts were made to revive him but it was found that he had been gone several hours before.