BREAKING: George Peterson Has Passed Away 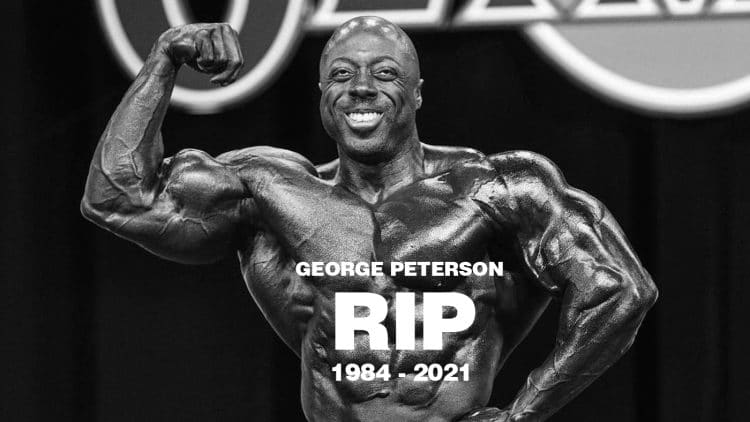 The bodybuilding world has been shaken to its core with a completely unexpected passing. Classic Physique and 212 competitor George Peterson has reportedly passed away at the age of just 37 years old, days before competing at the 2021 Olympia, from October 7th-10th, in Orlando, Florida.

Peterson has been a mainstay of the bodybuilding scene for several years, appearing at numerous shows including four appearances at the Olympia; three times at Classic Physique, before moving to the 212 Division. He was even expected to return to the big stage this weekend, at the 2021 Olympia, where he hoped to break his streak of landing in third place at each showing.

Unfortunately it seems that “Da Bull'” has tragically and unexpectedly passed away, according to reports from the Olympia Instagram page. At the time of writing, it is unclear what the cause of his death was, but this article will be updated as more information from this breaking news story develops.

A report from RxMuscle revealed some more details of the situation, with Dave Palumbo explaining that George was found in his hotel room, face down, after his coach was unable to reach him. The report also indicated that George had blood around his nose, which Dave suggests could be related to an aneurysm, although that has yet to be confirmed. Efforts were made to try to revive him, but it appeared that he had been gone for several hours.

“It is with great sadness that we report the unexpected passing of George Peterson, a champion on stage and off. Our condolences go out to his family and all who respected and admired one of the kindest men we have ever known,” the post reads.

This is a truly tragic piece of news that seemed to come out of nowhere, as he was a nice guy and great ambassador for the sport. As previously stated, the cause is yet to be revealed, and it is important to not speculate, although there are some curious correlations between his untimely passing, and how close he was to competing at the show.

We have seen a lot of deaths in recent years, with some of them involving issues with diuretics being used to get dehydrated before contests, leading to responses from Jake Wood and others. That said, it is unclear if this has anything to do with what happened to Peterson.

Regardless of the causes, this is incredibly heartbreaking. Fitness Volt would like to offer our sincerest condolences to his friends and family.