Annie Thorisdottir will attempt to find some success in the Teams Division at the 2022 CrossFit Games. 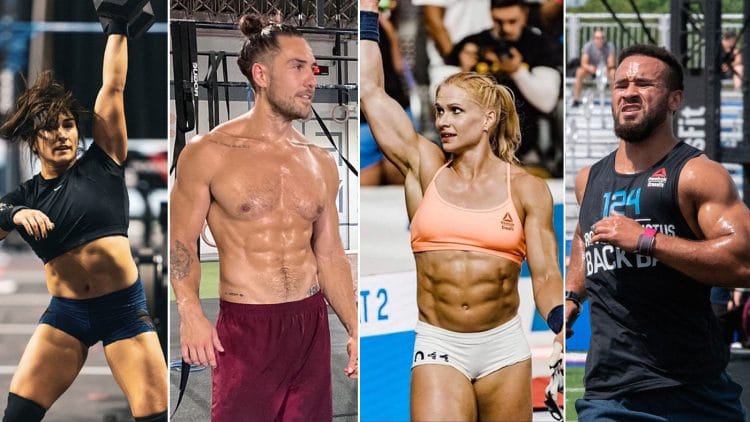 The two-time Fittest Woman on Earth®, Annie Thorisdottir, announces transition to the Teams Division for the 2022 CrossFit season. She will compete for Team Reykjavik, alongside Lauren Fisher, Khan Porter, and Tola Morakinyo. Annie Thorisdottir posted the announcement on her official Instagram page.

The news surprised many people, including some CrossFit superstars. The 2021 CrossFit Games Champion Justin Medeiros expressed his thoughts.

“This is going to be awesome!” wrote Medeiros

“I’m going to miss you on the competition floor! 😥 But super happy and excited for you.” wrote Tia-Clair.

And one commenter wondered how they could form a team, considering that participants of the team have to live in a 100 miles radius, and they originally live further than that. Annie Thorisdottir replied to the comment and explained,

“They all moved to Iceland,” wrote Thorisdottir.

Annie Thorisdottir is a CrossFit veteran, having competed for more than a decade. She won the 2011 and 2012 CrossFit Games, becoming the first woman to win it two times. Annie also grabbed silver in the 2010 and 2014 edition of the Games. To complete the podium finishes, she came third in the 2017 and 2021 CrossFit Games.

The transition to the Teams Division is especially surprising because the Icelandic phenom’s 2021 CrossFit Games performance was very impressive, having grabbed a third-place finish just a year after becoming a mother.

Khan Porter is a CrossFit Games veteran, having taken part six times. Only one of those was in the Teams Division, which is the 2019 CrossFit Games, where he competed for “Project X” and scored 13th place.

Lauren Fisher has more experience in Teams Division, as her highest placing came in the 2019 CrossFit Games, where her team “Invictus” grabbed a third-place finish.

Tola Morakinyo’s career highlights are from the Teams Division, as none of his three CrossFit participations were in the Individual division. In 2019, he placed 12th at the Games as a member of Invictus Boston.

Related: Annie Thorisdottir On Nutrition And Six Of Her Favorite CrossFit Workouts

Annie Thorisdottir’s career is very successful, and her team looks very good, so it would not be surprising to see them put up a brilliant performance at the 2022 CrossFit Games. It seems like all of them are very excited to train and compete together, which is the most important part of a team.