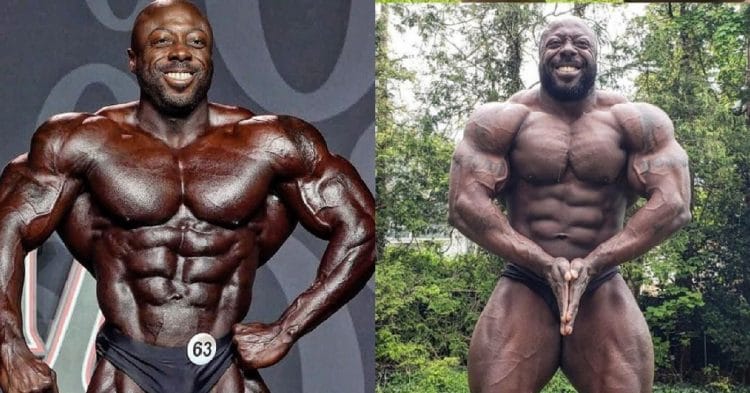 George Peterson III has been working on bulking up a bit recently, to prepare for his move to the 212 division. He recently provided an update that shows that this work has been paying off big time.

As a Classic Physique Bodybuilder, George was able to find a fair amount of success. He has placed third at the last three Olympias in a row, as well as winning the 2019 Arnold Classic Physique. The last several years have seen him really begin to pick things up in his career, proving that he is one of the elite competitors in that division.

However, being good is not good enough for George Peterson III. That is why he made the announcement that he was moving to the 212 division, in an attempt to reinvent his career, and maybe get a win at the Olympia. Already he has looked massive, but he recently shared another update with his fans, to give them a glimpse of how the transition is going. To say that he is looking like a beast of a man may just be an understatement.

“Checked in with Coach @astrongspirit today. Woke up at 240lbs today. Just trying to stay afloat with all the madness going on. Let’s get it 💪🏾🐃 “

George looks simply unstoppable here, with this recent update. In particular, his back is looking enormous. Odds are, when he cuts down to that 212 mark for his debut in the weight class, his back will be the feature that stands out the most in his package.

Then again, Peterson has always had a strong back. Even in his Classic Physique days, he was always displaying some incredibly defined muscles in his back. Even though they were smaller muscles back then, they were still ultra defined, and really stood out from the rest of his contemporaries.

What do you think of this recent update from George Peterson III? How do you expect him to do when he finally debuts at 212?