Gerald Dionio reclaims what was once his by hitting a massive total to score a new world record in the 67.5kg division 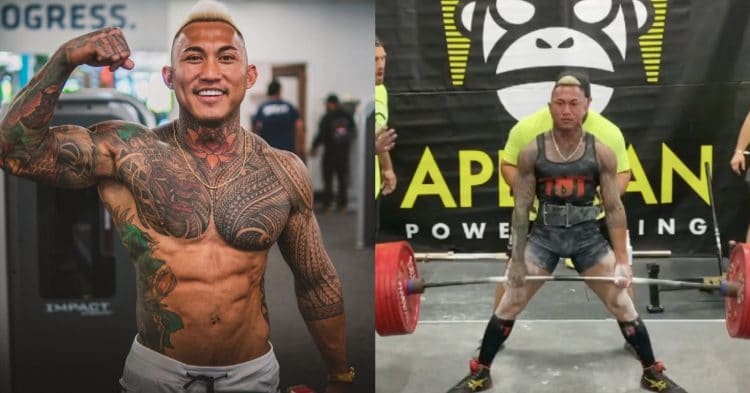 The 67.5kg division is heating up in a big way, and it’s largely thanks to the efforts of Gerald Dionio. He recently had an insane performance that left him reclaiming the world record for heaviest total in the division.

In the near decade that he has been competing, beginning as a junior athlete, Gerald has seen numerous championship wins and world records come his way. Most notable was the world record total that he set in 2017, when he amassed 1592.8lb (722.5kg) at the USPA CETC US Open Powerlifting Championships.

Over the weekend, at the WRPF Apeman Strong Lift Angry, Gerald reclaimed his world record total, with a massive performance that would ultimately lead to a first place finish. This came after he put together a whopping 1631.4lb (739.4kg), with the following numbers hit during the meet:

Check out the video of Dionio hitting the big three lifts, courtesy of his Instagram:

It is worth noting that when Gerald Dionio scored this world record, it was done raw with wraps. On top of that, this was not all that he had to offer, as he tried going even heavier with the bench and the deadlift.

Although Gerald Dionio was only able to secure one of the world records he was going for in this meet, he looked impressive throughout. He is certainly up there as one of the very best powerlifters in the world today, and he reasserted that with this strong showing to take back his world record total.