Powerlifter Hunter Henderson competed in the 75kg weight class at the 2021 Kern US Open and set a new ATWR with a 295kg squat. 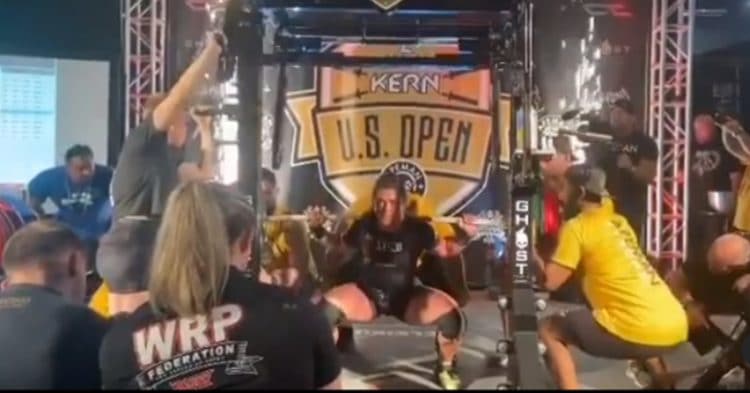 The 2021 Kern US Open was a sight to behold this weekend April 24-25, 2021, in San Diego, CA, with athletes checking in to show everything they’ve been training for this year. Record after record has been set and broken.

This started with an impressive Day One where Chad Penson became the first in the 90kg-weight-class category to sink a 400kg/881lb squat in the Raw With Wraps category. Penson’s total for the event was 11-times his bodyweight at 997.5kg/2,199lb.

Hunter Henderson was up to bat next when it comes to breaking records. The next record broken this weekend occurred in the 75kg weight-class category going to her. For Hunter, this was her first powerlifting event, in which she performed with knee wraps raw.

Hunter Henderson broke the all-time-world record twice in the same event, raw with wraps. Here are her records:

Here she is on Instagram predicting the results of the competition with the caption, “Winners win.”

This was Hunter Henderson’s fifth competition. She’s knocking back world records and has a competition history that only began in 2018 with the USPA Strong Barbell Club Powerlifting Championships. Her competition prior to the Kern Open was the 2020 WRPF Showdown.

She has not suffered a loss in her competitive career and has a history of a 242.5kg squat without wraps prior to the 2021 Kern US Open. Henderson’s career bench press is 145kg, a mark she went above at the Kern Open this past weekend.

With her lifts and records from this weekend, Henderson is putting herself on the map as a serious competitor. If her competition isn’t worried, they should be.