Sergio Oliva Jr. drops some wisdom on how to handle the haters who cheer for your downfall 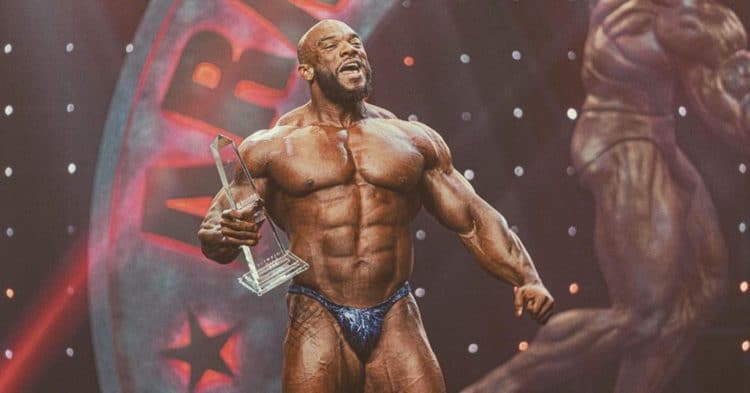 Bodybuilding royalty and legitimate prospect in his own right, Sergio Oliva Jr. has not been competing long. However he has learned some lessons about handling loss during his short time in the sport, and has decided to pass them on to fans.

As the son of the legendary Sergio Oliva, Sergio Jr. had some big shoes to fill in the sport of bodybuilding. While he has had difficulties with the relationship between he and his father, something he has been open about, he still decided to pursue a path in bodybuilding.

However Sergio Jr. made it clear that he had no intentions of merely being his father’s son, working to carve his own legacy within the sport. His career may still be early on, but so far he has done just that, with some impressive performances at the Arnold Classic and even an appearance at the Olympia.

One of his first pro shows came when Sergio Oliva Jr. competed at the 2018 Chicago Pro. While he looked impressive, especially for someone so green in the sport, he did not win the show, coming in second place instead.

This apparently resulted in a slew of haters, cheering his downfall, likely due to the expectations that he had on him. He recently addressed this, in a post to his Instagram, where he seems to take shots at those who say they will win a contest and don’t, while also explaining how he has learned to deal with these types of haters.

“I just wanted to post this picture of what I looked like when I lost the Chicago pro. People made fun of me and were happy I lost. Not like I showed up looking like s—t. I just missed my timing,” Oliva wrote.

“I never said I was going to win or ever called anyone out. I Merely just talked about how much Chicago (my home town) meant to me. All while I was going through a divorce and mad depression. If you say you’re gonna win or you’re gonna beat someone and then you don’t, then you asked for the lashing.

“But I realized after it’s actually the biggest compliment ever,” Sergio Oliva Jr. continued. “They actually expected me to win. It is hard these days with social media because sometimes fans can make others dislike you and root against you because of what they say when the athlete never said anything.

“Expectations are the biggest difference in this sport. When people don’t care about you they don’t expect anything from you. So the next time someone is happy you DIDN’T do something just know they always expected you were going to.”

Some have suggested that Sergio Oliva Jr. is referring to the likes of Blessing Awodibu, who did a lot of talking ahead of the New York Pro, but did not exactly back it up. Whether or not that is the case is a mystery, but these are certainly words of wisdom nonetheless.

It has been a while since Sergio Jr. has stepped on stage, with a few different factors keeping him sidelined. Hopefully he will return soon, and we can see the types of improvements he has been making in training.

Full-Body Vs. Split Workouts: How to Choose