Comedian turned MCU superhero, Kumail Nanjiani looks to be even more shredded than he was a few months ago 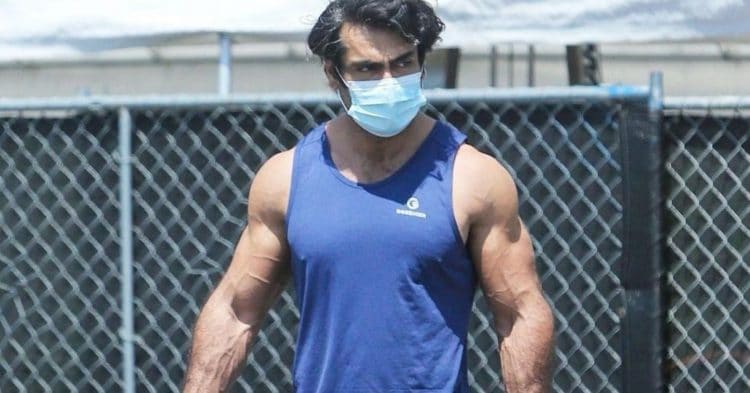 Fans have been “Marvel”-ing at the transformation that Kumail Nanjiani has been going through to prepare for his MCU debut. A recent update shows that he looks to be even more jacked than he was the last time we saw him.

When we first became acquainted with Nanjiani, it was through his comedic and somewhat nerdy roles on shows like Silicon Valley, or movies such as Stuber, Fist Fight, and Life As We Know It. However that perception quickly changed after he signed on to a role in the Marvel Cinematic Universe.

Upon signing the contract to play the role of Kingo in the upcoming Eternals film, Kumail underwent a crazy transformation. He locked himself in the gym and focused on turning his less-than-intimidating physique into one worthy of being considered a super hero.

The results of this have been undeniable too, with Kumail Nanjiani becoming so jacked that people have questioned if he is using steroids. He looked utterly insane and it was clear that he had been devoted and focus on getting shredded.

As it turns out, this was not the end of his physical transformation. A recent photo was snapped of the Pakistani-American actor, seemingly just after a workout, and the pump is evident as he looks even bigger than the last time we saw him.

It has been about a year since Nanjiani started going viral for his insane new physique, which began with a Men’s Health feature. Posting to Instagram, he shared a few snapshots of his photoshoot with the fitness magazine, and it got the internet buzzing with how peeled he looked.

Nowadays, Kumail does not often post to his social media, which could be related to the aforementioned criticisms made by haters who say that he is juicing. Or it could simply be that his arms are just too big for Instagram to handle.

One thing is clear, the transformation that Kumail Nanjiani has underwent in the last year and a half or so has been nothing short of inspirational. The fact of the matter is no matter what his secrets are, he has to be putting in the work to get the results he has been receiving.

With the delays caused by the global pandemic, Marvel’s Eternals has had their release date pushed back. For now, it is set to release on November 5th, 2021, where we will be able to see Kumail’s insane physique on the big screen.