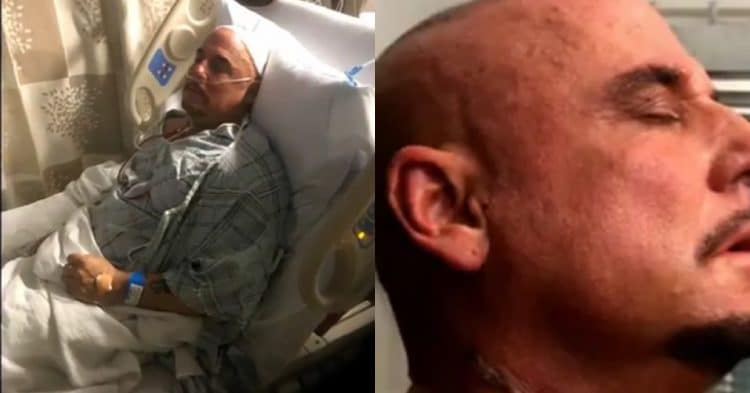 Gregg Valentino is currently going through treatment for throat cancer. Following his second surgery, he provided his fans an update on his condition.

Valentino is one of the most beloved figures in bodybuilding. Over the years, he has established a strong fan base, for his charming persona, and constant desire to be upfront and honest with people. He has never shied away from expressing his opinion, even if his thoughts go against what others think.

That is why it came as a shock, when Gregg Valentino revealed that he needed throat surgery. This came as a result of the revelations that he had throat cancer. Despite this concerning diagnosis, Greg managed to keep a positive attitude, not wanting pity from anyone.

Since that initial announcement, Valentino has begun treatment for the cancer. Most recently, he completed his second surgical procedure, to remove the cancerous cells. In an Instagram video, with no description attached, he provided an update on how things were going after this surgery.

In the video, you can see the intense scar running across his neck. Not only that, but you can hear how sore his voice is after getting the surgery. Regardless, he seems to be in good spirits, even if he is unable to get any visitors due to the current medical situation around the world, especially in New York.

“I hope everybody is okay. I will be back,” Valentino says.

Valentino is known for always spreading positive vibes, and motivational quotes. However to see him go through this with such poise provides a different level of inspiration. It is not easy to deal with a situation like having throat cancer, but he does it in a way that can be used for others in similar spots.

FitnessVolt sends Greg Valentino well wishes, and hope to see him back to his normal, delightful self soon.