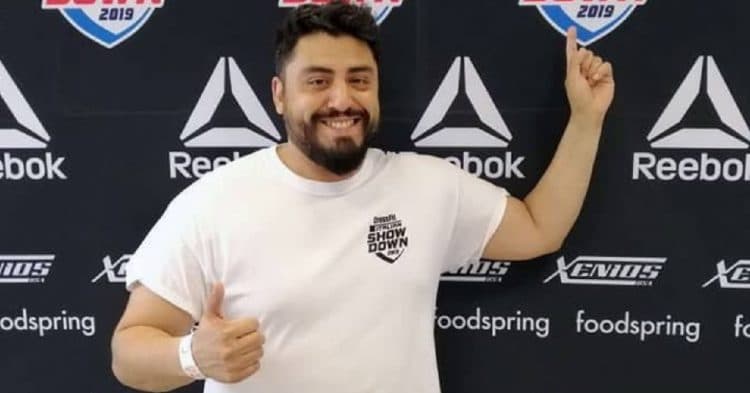 The CrossFit community experienced a massive blow over the weekend, as Belgian athlete Giancarlo Agostino Di Maria tragically lost his life. Now the community reacts to this heartbreaking news.

Giancarlo was 41 at the time of his passing. The Italian-born athlete became something of a staple in the community, for his work as a judge at the CrossFit Sanctionals. Just this season he judged at Filthy 150, Strength in Depth, the Norwegian CrossFit Championship, and Wodapalooza. It was his goal to gain enough experience to be invited to work as a judge at the CrossFit Games, later this year.

According to reports, Giancarlo Agostino Di Maria lost his life as a result of respiratory complications, after he contracted the COVID-19 coronavirus. This is significant, as he is the first person in the CrossFit community to pass in a way related to the virus.

The reports state that Di Maria experienced symptoms before he was admitted to the hospital. unfortunately, though, he did not meet the criteria for testing in Belgium, so he was not treated at first. As a result, he would ultimately succumb to the illness.

This news has left a lot of sadness among the community, as people react to this loss.

Officials for the Italian Showdown issues their condolences.

“RIP
–
🇬🇧 Today we say goodbye to Giancarlo, prematurely died at the age of 41, defeated by Covid-19. He was a member of our Judging Team, a good friend of many of us. We can still hear his voice calling a no-rep with a smile. We will long remember his spirit of resilience and good humour. Rest in peace.”

“My heart is broken for the loss of such a force of happiness. Giancarlo brought joy to so many people and one of my favorite parts of going to these events was spending time with him. There was never a moment where he wasn’t bringinga smile to my face. Rest easy brother”

“Truly a gem to the entire CrossFit judging community. Few had a bigger smile, passion for volunteering and had more Nike Michael Jordan shoes.”

The officials at Wodapalooza shared some kind photos.

“It is with heavy hearts we honor the passing of Giancarlo di Maria, a Wodapalooza Judge and Volunteer. Giancarlo passed away due to respiratory complications due to the COVID-19 virus in Belgium.
An important part of the CrossFit community, Giancarlo volunteered at several Sanctionals and was an enthusiastic part of the WZA team.”

FitnessVolt would like to send it’s sincerest condolences to the friends and family of Giancarlo Agostino Di Maria.