Hadi Choopan Makes His Return To The Gym, Getting Ready for Olympia 2020. 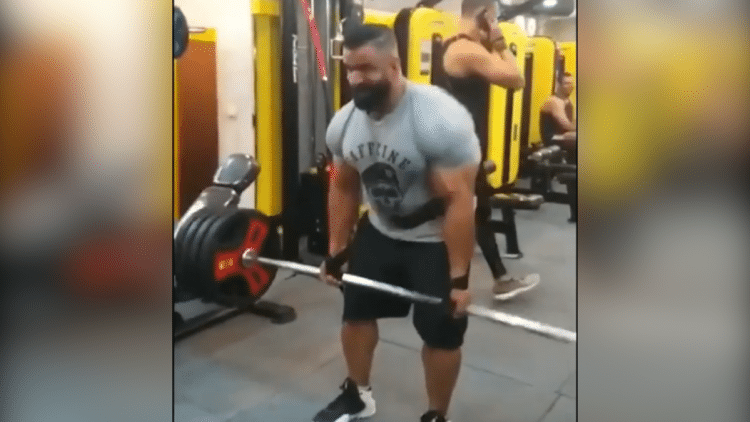 Hadi Choopan managed to defy the expectations of many, by competing at the 2019 Mr. Olympia. Now, about a month later, he is back in the gym, training hard.

Choopan made his United States bodybuilding debut competing last month, at the Olympia. Visa issues almost caused this to not happen. Nevertheless, at the final hour he was able to get those issues resolved, and compete in Las Vegas.

Although he nearly got into an altercation during the event, Choopan was there to compete in the Men’s Open. Following the prejudging, people saw it as a likely outcome that he would be on the podium at the end of the weekend. Those thoughts were confirmed, as he defied odds to earn third place, in his Olympia debut.

Now that the competition is over, Hadi Choopan took a bit of a break. However, now he is back in the gym, getting back to training. He posted a video, showing off his return to the weight room.

Choopan looks pretty impressive in this recent video. Part of the criticism surrounding his Olympia performance were his lack of size. Training like this will certainly have him changing that soon. It is uncertain what else he was doing in the session. However this, for sure, is pretty solid work.

While Choopan has yet to announce when he will return to action, it seems likely to be next year. He had a big year in 2019, and really earned a lot of respect. He certainly deserved the brief break he took, but it is good to see him back in the gym.

Hadi Choopan quickly became one of the most talked about bodybuilders, with his strong Olympia performance. With work like this, it is clear that he plans on capitalizing on this hype next year, by bringing a more improved package to the stage.