A social post from the Iranian bodybuilder had many believing he was leaving the sport but it turns out it was misinterpreted. 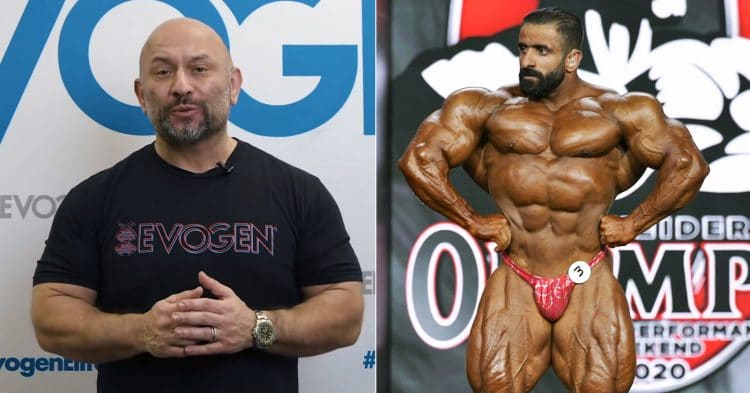 There was quite a scare a few days ago when Iranian professional bodybuilder Hadi Choopan posted a message on Instagram that had many wondering if he was retiring from the sport. Choopan was a 212 division competitor before making his Open debut at the 2019 Mr. Olympia where he placed third. He’s become incredibly popular since. So retiring didn’t quite make sense and his coach Hany Rambod recently came forward to squash those rumors.

Now, the message that Choopan posted was in Persian so it had to be translated, and it’s easy to see how it could be misinterpreted. Although, based on the translation, it’s not hard to see why some would think the worst. But either way, it was clear that he was expressing frustration with his country of Iran because of what he said was a lack of support and respect.

But then not long after, he shared a video on his YouTube channel title “Hadi Choopan New Workouts! Preparation For Mr. Olympia 2021.”

And now coach Hany Rambod says Hadi will be competing at the 2021 Olympia which is good news because he’s become so big in the sport.

As CEO of Evogen Nutrition, Rambod took to the YouTube channel where he explained a little about the situation.

“Hadi Choopan is not retiring, he sent me his check-in pictures this morning.”

He then went on to say that because of the translation, there was a lot of rhetoric regarding what it meant.

But the good news doesn’t end there. Apparently, President Joe Biden has lifted the muslim travel ban and this may make it easier for Choopan and athletes to come to the United States.

The past two Olympias were frustrating for Hadi Choopan as the travel ban made it hard for him to get a visa to compete in the United States.

The Olympia team worked diligently to get him approved and although it wasn’t easy, we did get to see him compete on the Olympia stage, and he easily became a crowd favorite.

Also read: Hany Rambod Details Hadi Choopan’s Insane Journey To Get To 2020 Mr. Olympia: ‘It Was Like A Movie’

The 12 Best Squat Variations for Hypertrophy and Strength

Three-time Classic Physique Olympia champion Chris Bumstead has made a career out of intense preparation. In a recent Q &...

Hadi Choopan is back in the headlines after sharing a physique update during the offseason. Choopan recently showed off his...

After scoring third place at the 2021 Mr. Olympia, Hadi Choopan is wasting no time trying to make some improvements...