Hany Rambod Details Hadi Choopan’s Insane Journey To Get To 2020 Mr. Olympia: ‘It Was Like A Movie’

Coach Hany Rambod breaks down the crazy string of events that led to Hadi Choopan's arrival in the United States for the 2020 Mr. Olympia 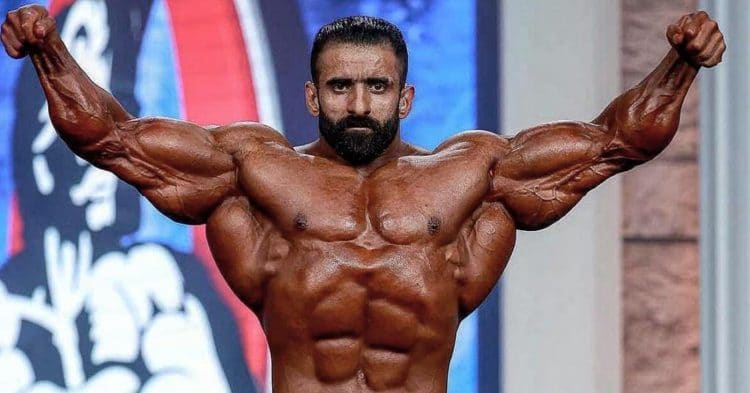 Judging by the short notice nature of the whole thing, we all figured that Hadi Choopan had real troubles trying to get his U.S. Visa last year. However his coach Hany Rambod revealed that things were harder than ever before for the Iranian.

It can be argued that the biggest thing that has held Hadi back in his pro bodybuilding career, is his struggles to get into the United States. Every year when the Olympia comes around, it is a guessing game on if he will attend.

Last year things got closer than ever before, as it took until just a few days before the Olympia before Choopan could arrive in the country. It was understood that things would be tricky due to the pandemic, but even this was cutting it close.

In the end he took the stage, winding up in fourth place. However his coach, Hany Rambod revealed in a recent interview that it was a miracle that he was even able to compete, much less look as good as he did.

According to Hany, things were rough for Hadi before he even made it to Dubai, in order to try securing his Visa. While trying to maintain his prep in this foreign land, Choopan still had to go to the consulate in Dubai to get his Visa.

“(Our distributers) were able to get him a Visa to Dubai, and then we were able to do that,” Rambod explained.

“Then the hold-up there was the consulate’s closed, when will it be open? Then (we were told) we can get it to you the third week of December, we’ll get you a Visa.”

However, as Hany Rambod notes, that would be too late to compete. This piled up a ton of stress on Choopan, between the Visa concerns and the general struggles of maintaining his prep.

“It was getting so close that in the back of our heads, as much as we want to stay positive, you’re thinking this ain’t gonna happen. It’s just not going to happen,” Hany said.

“His team was trying to book flights every day as a placeholder, just in case it shows up, so he can go straight to the airport.”

Hany goes on to explain that the management team Hadi has, went to the consulate and used connections to get them to try printing his Visa. However things only got more complicated from that point.

“As they were trying to print the Visa out to put on his passport, it didn’t come through,” Rambod said.

“So they stayed overnight, they tried to get the ability to print the actual Visa on the passport. They finally got that to him… It was like a movie.”

So at last, Hadi Choopan was able to get his Visa, and was ready to hit the airport. However while sitting in the airport, he was sending Hany Rambod pictures of hamburgers, saying he has to eat them because he had no meals.

Because he was doing an international flight, Choopan was not able to take any food with him. He needed to eat something that was within his diet, so Hadi hatched a plan in between landing in New York, and flying to Florida.

“A really good friend of his stayed there, posted up in New York, and was waiting for him to show up so that he could give him food and walk him on board,” Rambod explained.

“It is (a miracle that he looked as good as he did). Absolutely. Then he was 22lb heavier than he was on Saturday. He lost 15lb for the first night, because he was water logged from the first flight.”

Hany Rambod jokes that for the 2021 Mr. Olympia, they are gong to try kidnapping Hadi Choopan and smuggling him into the States. While things will obviously not get that drastic, one can not help but hope he does not have to go through these types of insane struggles again this year.