After many fans feeling that Hadi Choopan beat Phil Heath at the 2020 Mr. Olympia, the official scorecards show that he lost by just one point 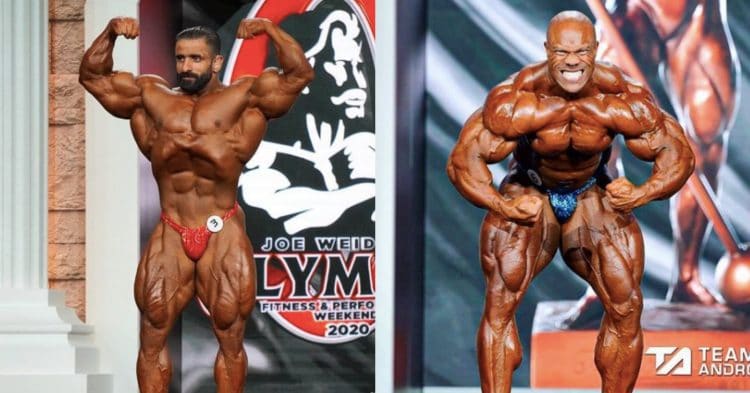 There was a lot to digest after this year’s Olympia, between all of the insane physiques that were seen on stage. However what surprised many people was the way Hadi Choopan looked great on day one, but got even more attention at the finals. He was already hard and conditioned, but the second day saw him look even grander, and bring his all to the stage.

When standing next to seven-time Olympia champ Phil Heath, many people thought that Choopan out-posed him in a lot of ways. That being said, there was a bit of shock when the judges revealed that Hadi scored fourth, while Phil landed in third place. Despite the former Mr. Olympia being respected by the fans, a lot of people felt that he was off compared to Hadi in a lot of ways.

As it turns out, the scores were unbelievably close between Hadi Choopan and Phil Heath. Once the official scorecards were released, it was revealed that Phil only got the better of Hadi by just one point. This essentially equates to the judges picking Phil over Hadi in a single pose, with that making the difference between who got third and who got fourth. 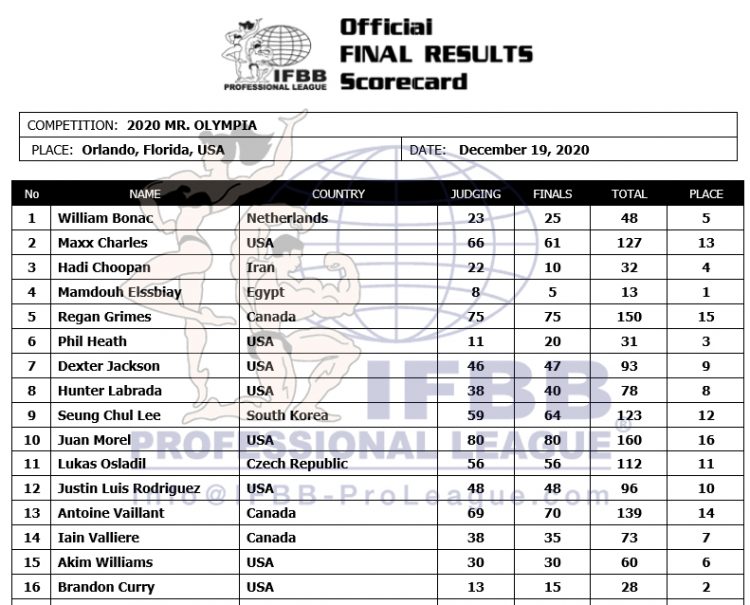 As you can see, the major deciding factor for where Phil Heath placed was his Saturday night performance. While people call him Mr. Saturday Night, Hadi Choopan looked better during the finals than Phil. If the Iranian had done a little bit better on Friday, then he would have surely landed in the third place position.

Another aspect of these scorecards that is interesting, is the fact that Hadi also beat 2020 Mr. Olympia runner-up, and now former champ Brandon Curry in the finals. Curry was just behind Big Ramy during prejudging, but beat everyone else. However when the athletes returned to the stage on Saturday night, Hadi was the one who was seen as second best.

Should Hadi Choopan Have Gotten Third?

That is the big question that people want to know, and the answer is, of course a bit complicated. On the one hand, it is pretty hard to deny that Hadi Choopan had better conditioning that Phil Heath, not to mention the fact that his midsection was leaps and bounds better than Phil’s. Not only that, but looking at side-by-sides of the pair, it looks as if Hadi’s arms were also better defined that Phil’s.

The major thing that you can point to as Heath’s strong suit, is his signature back. Phil’s back always has been and always will be one of the best in the sport, but even with that said, Choopan was not far behind him. It can even be argued that Hadi won some of the back poses, which adds fuel to the argument that he should have come in third.

As disappointing as it may have been for Hadi Choopan to have score fourth place, he can at least take some solace in knowing just how close he was to beating two out of the three men ahead of him. He had a lot of issues getting to this contest, but hopefully things will be easier next year, and he can show some more improvement.