The record-setting feats of strength performance keep getting more and more impressive. One of the most recent was Zac Meyers’ unofficial world record total in the 275lb class that surpassed Larry Wheels’ best contest performance by 21.1kg/46.5lbs! 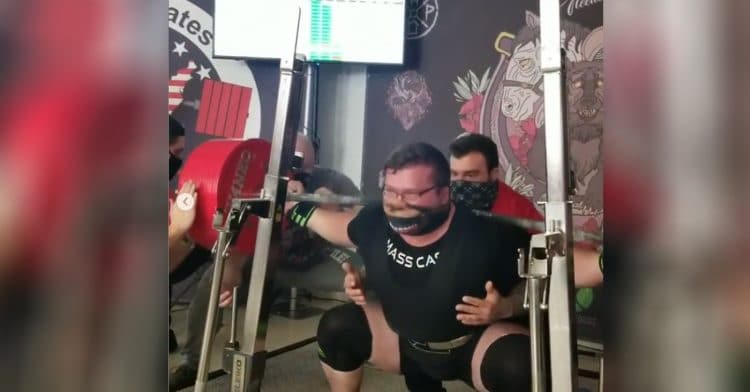 2020 started off much different from what we’re typically used too with all competitions and sports being postponed/canceled due to the coronavirus pandemic.

We got to see the training and progress of many athletes but since competitions resumed, it seemed as if a lot of strength athletes were making up for lost time.

But these are just a few of the impressive feats we’ve seen this year and we’re just getting started!

Powerlifter Zac Meyers showed that he belongs to an elite class of individuals after unofficially breaking Wheels’ all-time raw total record of 1031kg/2275 lbs with 1053kg/2321.4 lbs at the 2020 USPA No Luck Needed Open earlier this month in the 275lb/125kg class.

His best performance before this was at the 2019 USPA National Championships where he totaled 2248.7 lbs/4957kg. But this is huge for the young 26-year-old who really showed up to show out at the competition, putting up some beastly numbers.

Larry Wheels has been in the world of strength sports but to think there’s someone out there who could challenge and even surpass his numbers on the big three… well, that’s so like 2020!

Check out Meyers’ lifts from the event.

Meyers has an incredibly bright future, not only because of his recent, unofficial record-breaking numbers. But the young stud took first place in all but one of the eleven competitions that he’s participated in, according to Open Powerlifting.

We look forward to seeing what the future has in store for Zac Meyers and you can bet we’ll following his journey.

Kristy Hawkins is set to return to competition at the 2021 WRPF The Showdown meet, in just under two weeks....

In about two weeks, 75kg powerlifter Brianny Terry is set to return to competition at The WRPF Showdown. It seems...

Rudy Kadlub already defies all expectations with what he has been able to do into his senior years. He is...

The 2021 USA Powerlifting Nationals delivered some exciting action throughout its runtime. Among the list of many athletes landing new...

The 2021 USA Powerlifting RAW Nationals saw a ton of incredible performances over the course of the contest. Among these...