Heather Connor has reached a point where she is comfortably repping out the IPF World Record. 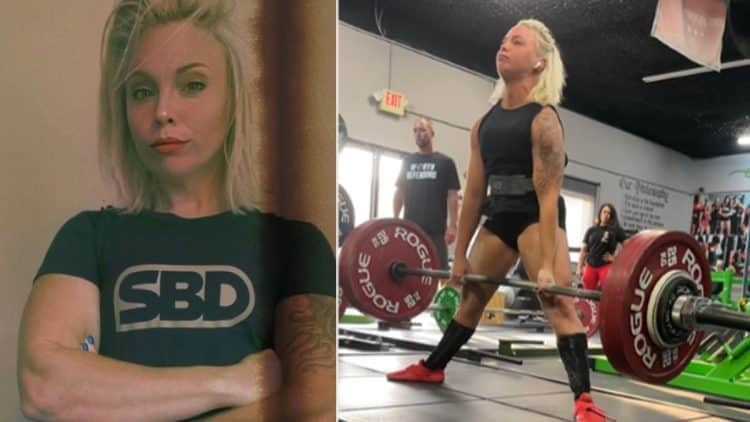 Heather Connor is in the process of making her way to Europe, specifically France, in order to participate in a powerlifting competition. Though she has not disclosed which competition she plans to participate in, she revealed it will occur in October, which is only a few weeks away. Despite Heather’s recent health concerns, her preparation hasn’t gone exactly as planned, but she is still in better form than she has ever been. The best proof of that is her new 190-kilogram (418.9-pound) deadlift two repetition personal record (PR). On September 16th, Heather posted a video of her feat of strength on Instagram.

Heather Connor exclusively competes in the raw division, so she only used equipment that would be allowed in such. That is a lifting belt and some chalk. She positioned herself into a sumo stance and took a couple of deep breaths before completing her first rep. Interestingly, Heather’s second rep looked easier than her first one.

Most importantly, Heather Connor’s new double PR is 5 kilograms (11 pounds) heavier than the current IPF World Record in the 47-kilogram weight class. Heather also holds that official record, having locked out 185 kilograms (407.9 pounds) at the 2022 IPF World Classic Powerlifting Championships. This happened in June of this year, so Heather’s recent progress is unbelievable.

According to the caption of Heather Connor’s Instagram post, she went to the hospital on Monday.
It seems that she had stomach problems for a few days, but she did not specify what caused them. Hopefully that won’t happen again, especially when she competes in France.

“From Hospital Monday to Deadlift PRs on Friday 😵‍💫”

To summarise Heather Connor’s incredible career, she has taken part in 22 sanctioned powerlifting competitions. In addition, she got a gold medal in 15 of those, which include the 2017 and 2019 IPF Classic Powerlifting World Championships.

It is certainly a good sign that even some health complications can’t stop Heather Connor from annihilating IPF World Records. Although many thought that she has already passed her prime years and physical condition, it is now obvious that Heather still has a lot left in the tank. Until Heather’s competition, it is unclear how many of these extremely heavy training sessions she has left.

Iain Valliere on Derek Lunsford’s Special Invite for Men’s Open at 2022 Olympia: ‘He Could Have Easily Done a Show and Qualified’