Iain Valliere on Derek Lunsford’s Special Invite for Men’s Open at 2022 Olympia: ‘He Could Have Easily Done a Show and Qualified’ 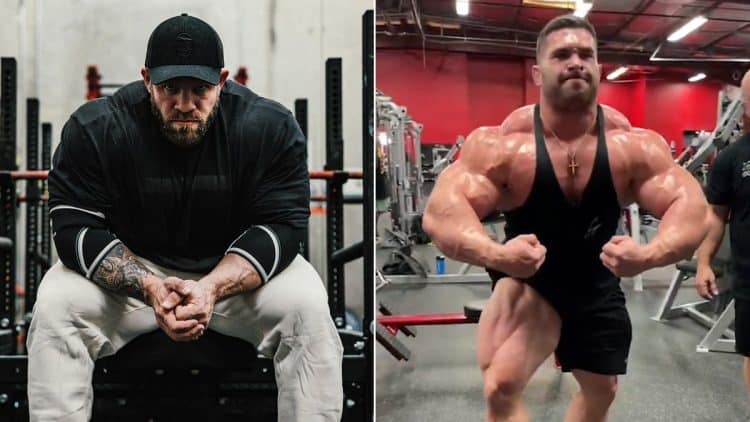 Derek Lunsford will compete in the Men’s Open division at 2022 Mr. Olympia after receiving a special invitation. The invite was not met with positive reactions, however, as some had a problem with Lunsford because other athletes had to earn an invite by winning an Open pro qualifier. In a recent post made on Instagram, Iain Valliere took issue with there being “no effort to qualify.”

Lunsford, the reigning 212 Olympia champion, stole the show with his guest posing at the 2022 Pittsburgh Pro. His appearance caused many fans to wonder if he would receive a special invite to the Men’s Open division at the 2022 Olympia. Ultimately, his request to compete in the Open at Olympia was granted by the IFBB Pro League, yesterday (September 15, 2022).

Earlier this year, Derek’s coach, Hany Rambod suggested that Lunsford was struggling to make the weight safely for the 212 division. Adding fuel to the fire, Olympia President Dan Solomon hinted at Derek getting a special invite months ago when he mentioned that the reigning 212 champion was “nowhere near 212 at this point.”

While some expected Lunsford to get the invitation, others took issue with how he got to the show. Kamal Elgargni, a 212 rival of Lunsford, stated that all athletes should be required to earn their qualification for the contest on merits and not wait in the hopes of getting a special invitation.

In the past, reigning Mr. Olympia Big Ramy received a special invitation in 2020, after failing to qualify for the contest based on points due to a positive Covid test. Meanwhile, Kai Greene and the late Cedric McMillan were also offered special invitations.

Unlike Lunsford, former 212 Olympia champion Shaun Clarida earned his invite in the Open class at 2022 Olympia by winning first at the 2021 Legion Sports Fest Pro. The resounding performance earned him the nickname “Giant Killer.”

Men’s Open division is home to some of the freakiest mass monsters in the world, and top bodybuilder Iain Valliere is no exception. Valliere does not shy away from stirring things up and got into a heated beef with Blessing Awodibu ahead of the Olympia. The two got into a debate regarding which mattered most, size or aesthetics.

In a recent post made on Instagram, Iain Valliere gave his take on reigning 212 Olympia winner Derek Lunsford getting the special invitation.

“212 Olympia champion Derek Lunsford_ receives a special invite to compete in the Men’s Open Bodybuilding at the 2022.”

“My main issue with it here is absolutely no effort was made to qualify and go through the proper channels like everyone else competing there, and there is still plenty of shows, so there is really no excuse not to.

He was in good shape all the way back in Pittsburg for the guest posing, he easily could have done a show and qualified, but instead he used the extra time to be better for the O and rely on an invite. Just not a kosher move IMO.” 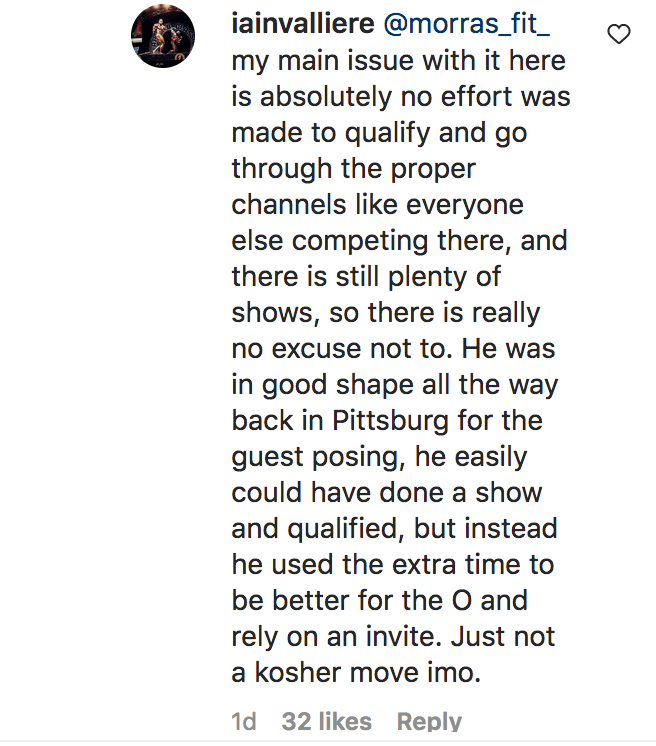 Lunsford’s entry will pose a new threat for Valliere, who will also look to edge out one of his rivals in Blessing Awodibu. Valliere does not believe Awodibu is an elite bodybuilder and is not convinced that he will be a challenge. Though, Blessing has been adamant that he’s going to smoke’ Valliere at the contest this winter.

In preparation for his splash into the Men’s Open division, Lunsford has trained alongside fifth place 2021 Olympia finisher Nick “The Mutant” Walker. The two linked up in the off-season to smash a leg day training session.

Walker has acknowledged Lunsford as a threat in the Open class. In fact, he mentioned that Lunsford has the tools and potential to defeat him, but Walker said, “not this year.” Additionally, he suggested that Lunsford will struggle with the size of the top five from last year’s Olympia.

Given the lineup of talent expected to compete in the Men’s Open division at 2022 Olympia, many believe it will be one of the greatest of all-time, as well as four-time Mr. Olympia Jay Cutler.

Regardless of the opposition, Valliere intends to win his first Sandow trophy this December. While Valliere is excited to face Lunsford later this year, he believes the invitation could have been earned by winning a pro qualifier in the Men’s Open division.