As Heather Connor puts it, she is "feeling stronger than ever," which is evident from her new squat record. 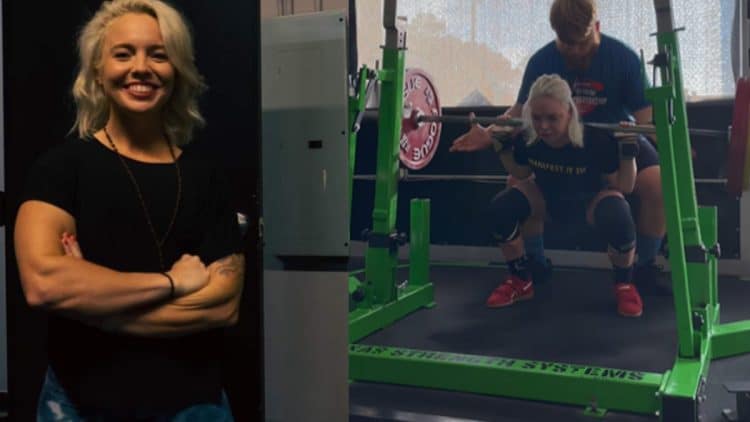 Although Tiffany Chapon quickly breached into the IPF and claimed a World Championship title this year, it is still way too early to write off Heather Connor. It was obvious that she needed fresh blood in the 47-kilogram weight class to rise to new heights. It goes without saying that Heather’s legacy in powerlifting is iconic, but even according to her, she feels and looks stronger now than ever before. That is why she was able to score a new massive 152.5-kilogram (336.2-pound) squat PR, which she shared on her Instagram account on August 29th.

Connor’s new personal best has been in the making for quite some time, as she has been increasing the weight in a gradual manner every week over the past few months. However, although her squat did not look too explosive, anyone who has been following Heather knows that her tempo on the squats is relatively slow. So, it is likely that she has more in the tank and that she will further improve this lift in the upcoming few weeks. Heather only used the equipment which would be allowed in the raw division of the IPF, that is a lifting belt, knee sleeves, and wrist wraps.

As she stated in an Instagram caption one week ago, Heather Connor is “feeling stronger than ever and I don’t just mean physically”, which is incredibly exciting to see. Besides being capable of lifting heavy weights, she is also self-confident and motivated, which allows her to push the envelope. It seems that Heather Connor plans to compete and display her strength on October 15th, in France, however, the nature of the competition is not clear.

Heather Connor has already participated in 22 sanctioned powerlifting competitions and won 15 times. She is a 2x IPF World Champion, having won the competition in 2017 and 2019. In addition, Heather has won numerous state and national championships.

Although Heather Connor wasn’t satisfied with her second-place finish at the 2022 IPF World Classic Powerlifting Championships, it has to be noted that she was in a rough position at that point in time due to last minute cancellation and long flights. However, it obviously helped her in the long run, as she is slowly becoming the favorite for next year’s IPF World’s. In fact, Heather appears to still enjoy powerlifting, which can only lead to positive results.