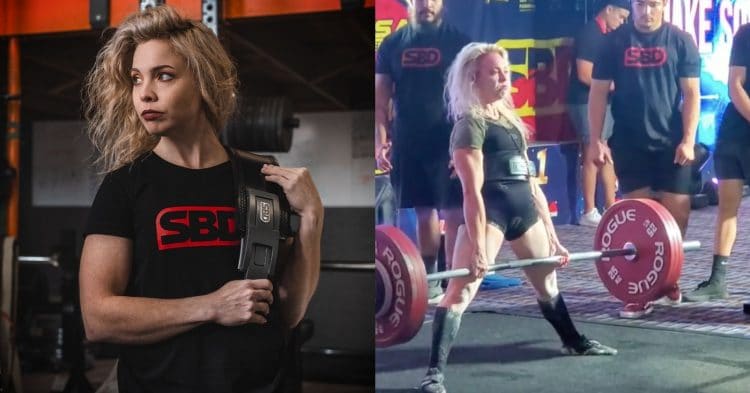 The 2021 USA Powerlifting RAW Nationals saw a ton of incredible performances over the course of the contest. Among these was fan-favorite Heather Connor walking away from the contest with a huge win, and three new records for her collection.

Connor went into this contest with the wind at her back, having already surpassed some American records in training, leading up to the event. So it came as no surprise to see that she walked into the 47kg division with a chip on her shoulder and something to prove.

That was precisely what she did too, as she not only won the contest in her division, but she also set three new American records in the process. Here is a breakdown of her best lifts from the 2021 USA Powerlifting RAW Nationals:

Not only did Heather Connor score new American records with her deadlift, and total, but these are unofficial world records too. Unfortunately the USAPL Nationals is not an international event, so the IPF does not recognize world records set here, given that only Americans are eligible to compete.

Check out a video of her record-setting 192.5kg (424lb) deadlift, which she did while weighing 99lb, courtesy of the USA Powerlifting Instagram page:

The first record that Connor scored came from the squat. Her first attempt saw her soar with 130kg, before she moved on to 137.5kg, and finally the record-setting 143kg successfully came in her third attempt.

As for the bench press, Connor was successful in her first two attempts at 67.5kg and 72.5kg. However she fell short on her third attempt, when she tried to push herself to 75kg.

Last but certainly not least was the deadlift, in which Heather was expected to succeed. She broke the American record from the start by pulling 186kg, before extending it to 192.5kg in the second attempt, but fell short on her attempt at 200kg, despite having done so in training.

All in all, this was a great outing from Heather Connor. It continues to show her skills on the platform, and reiterates the fact that she is one of the pound-for-pound strongest powerlifters in the world.