Which Squat Technique Is Best For Improving Powerlifting Performance? 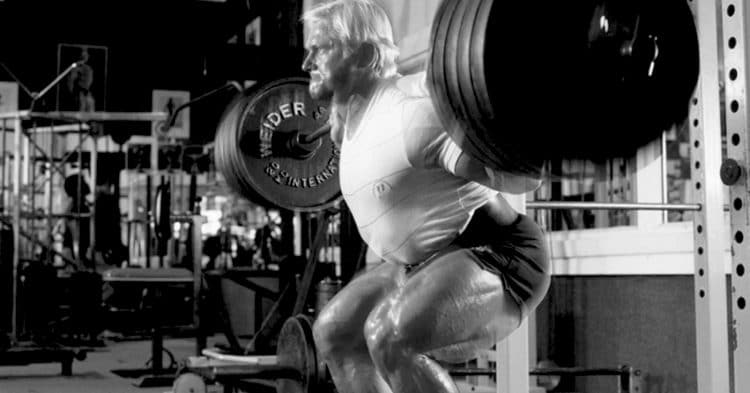 A highly debated topic in many powerlifting forums is the high bar squat versus low bar back squat and which is best for powerlifting.

There is a range of opinions on which technique is best. Furthermore, there appear to be a few misunderstandings surrounding these two squatting methods.

This article will outline a number of crucial biomechanical principles to highlight the differences between the high and low bar squat.

In addition, it will also highlight the benefits of both techniques in a powerlifting context and help you determine which method to use.

The Biomechanics of The High Bar and Low Bar Squat

Any good lifter understands the importance of developing good technique and the impact it can have on performance.

However, even with years of training and experience, it is possible that there are some inefficiencies in technique. Even some top-level athletes use inefficient techniques.

In order to improve our technique, it is worthwhile to first analyze and understand the demands of the movements through biomechanics.

In simple terms, biomechanics is the study of a living body and how it moves in mechanical terms.

When assessing technique, there are a number of biomechanical factors to be considered including leverage, joint angles, mechanical advantages, load distribution, and muscle activation.

We’ll begin by outlining the differences in position between the high and low bar squat.

As the names suggest, in the high bar squat, the bar sits higher up the back on the upper trapezius muscle.

Meanwhile, the low bar squat places the bar approximately three to four inches lower so that the bar sits right above the spine of the scapula.

While you may see this as an insignificant difference, the small change in bar position actually has a large impact on squatting mechanics.

Before considering these changes to movement mechanics, let’s take a moment to cover the importance of balance.

A commonly used coaching cue for the squat is to drive through your heels. However, it’s important that we consider balance from a biomechanical standpoint.

A system is balanced when it establishes a point where the least effort is required to remain stable or where the most force is needed to disrupt the system.

Therefore, during any squatting motion, it is best to focus on maintaining a mid-foot balance.

Using the mid-foot is most optimal as it will spread the load throughout the foot with equal amounts to the rear and forefoot.

Placing the load through the heels or toes increases instability and would not require a great deal of force to knock you off balance.

Establishing mid-foot balance is vastly important because any time the system between the lifter and barbell becomes unbalanced, the lift becomes significantly more difficult.

This occurs due to the creation of a moment arm between the balance point (feet) and the point of force application (barbell).

“Moment” refers to the force that causes rotation around an axis.

The best example of this is to think about using a wrench to turn a bolt as the force that moves down the handle is a moment force.

The moment arm refers to the length of that handle that is used. By using a longer handle, you are able to create more force and turn the bolt with greater ease.

Using this analogy, let’s apply it to the lifter and barbell.

The barbell would be the hand on the wrench (point of force application) while the distance between the bar and joints of the body would be the wrench handle (moment arm).

The greater the distance between the bar and the joints, the longer the moment arm. This greatly increases the amount of leverage needed to successfully complete the lift.

By creating short moment arms, the amount of leverage required to overcome the load is minimized.

In simpler terms, the shorter the distance between the bar and the joints of the body, the easier the lift will be.

Moment Arms During The Squat

In the low bar squat, a substantial forward trunk lean is seen in order to keep the trunk over the midfoot.

Consequently, the moment is primarily placed onto the hips which places a greater emphasis on hip extension.

With the high bar squat, less of a trunk lean is required which slightly reduces the bar-hip moment arm and slightly increases the bar-knee moment arm.

This places slightly less demand on the hips, more on the knees, and, consequently requires greater knee extensor strength.

In light of this, it can be concluded that the low bar squat is a more hip-dominant technique than the high bar squat (1).

In order to prevent the bar from rolling forward onto the neck, the high bar position requires a more upright trunk position. This results in a more unstable position

Which Technique Is Best?

There are a number of considerations to be made when selecting either high or low bar squats.

The high bar position lengthens the torso which prevents you from leaning forward which would usually allow you to keep the bar over the middle of the foot.

This method requires a more upright back angle which tends to cause the knees to move forward. Allowing the knee to travel forward in this manner has implications.

While it does allow for a greater range of motion, it also shifts the demand from the hips to the knees. This is less than ideal for heavy lifting.

And increasing the range of motion requires a greater amount of force to drive up and out of the squat.

Unlike the high bar squat, the low bar method allows for a substantial trunk lean while ensuring that the bar stays stable and anchored to the back.

Leaning forward while squatting minimizes the amount of knee travel. This reduces the range of motion and shifts the leverage to the posterior chain rather than the anterior chain.

Reducing the range of motion reduces the amount of work required while also utilizing the strongest muscles of the legs. Therefore, the low bar may be preferable for heavy lifting (3).

While it appears that low bar squat may be most optimal for heavy lifting, the most effective powerlifting squat will fit the following criteria.

1) Trunk lean angle of approximately 55 to 65% at the bottom of the squat.

2) An efficient balance between hip and knee moments

It is important to recognize that the squatting technique tends to vary from person to person due to a number of factors.

Limb lengths, body proportions, anatomy, hip & shoulder flexibility, and individual strengths and weaknesses will all have an influence on how well you perform during the squat.

As a result, you may find that you fulfill this criteria when using the high bar squat rather than the low bar.

Be willing to spend time on your technique and consider working with a coach to help you understand which technique is best for you.

When To Use High Bar

For those who have issues with their hips, it may be necessary to use the high bar squat. This is particularly true for those with short torsos.

This will help to maintain a more upright trunk angle and reduce the amount of stress placed on the hips.

In a similar fashion, those who have shoulder problems may find that the low bar squat is unsuitable as it places too much strain on the shoulder joint.

A) From a biomechanical perspective, yes. The low bar squat recruits the powerful muscles of the posterior chain more than the high bar squat which allows heavier weight to be lifted.

Q2) What is the difference between the high bar squat and low bar squat?

A) In the high bar squat, the bar position causes the trunk to stay upright and is more knee dominant while the low bar allows for greater trunk lean and is more hip-dominant.

Q3) Is the low bar squat bad for the shoulders and hips?

A) Providing that you do not have any hip or shoulder problems, the low back squat is safe. Those who do suffer from issues may find the high bar squat to be more suitable.

Q4) Which method should I use?

A) There are a number of factors that will determine suitability. However, generally speaking, the low bar squat will allow for heavier lifts and, therefore, is more suitable for powerlifters.

Looking at the biomechanical analysis, it is clear that the low bar squat holds a mechanical advantage over the high bar squat.

It appears to be superior for powerlifting as it is more hip-dominant and stable than the low bar squat. Therefore, the low bar may allow you to lift a greater amount of weight in comparison to the high bar squat.