Hunter Labrada Reveals The Secrets Behind His Insane Physique

Hunter Labrada Opens Up About How His Training Has Changed Over The Years, And How He Keeps Improving His Physique 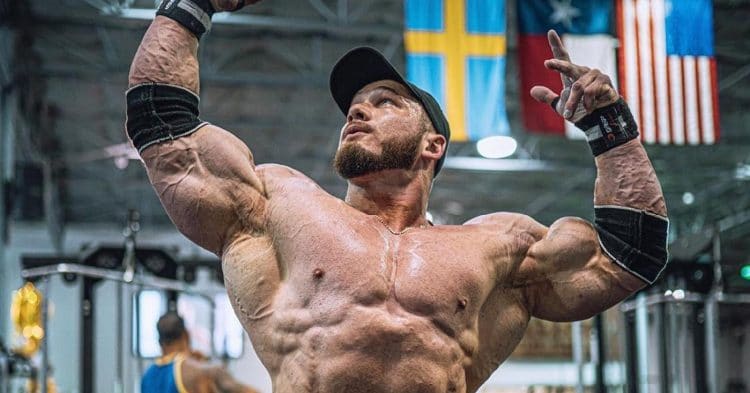 There is little debate in the idea that Hunter Labrada is one of the most exciting up and coming bodybuilders in the world today. Recently he decided to open up about his training, and what makes his physique so impressive.

One could argue that even if he was not the son of the legendary Lee Labrada, Hunter would have already been considered one of the best prospects in the world. While his association with his father certainly has helped him, in terms of exposure, he has a physique that is undeniably incredible in it’s own merit. His skillset has reached beyond his father’s name, and he is really carving out his own legacy in the sport.

You might be inclined to believe that a large part of what makes the physique of Lee Labrada so impressive comes from his genetics. Yet this is clearly not the case, as he certainly works as hard as possible in the gym. So then the question becomes what does he do differently than everyone else, in order to get his body to where it is today. As he explained in a recent video, the secret actually lies in not changing his training plans, only increasing his intensity and weight over the years.

As it turns out, maintaining consistent workouts is about more than just building muscle for Hunter Labrada. In the same video, he went on to explain how he uses this consistency to help his mental health. No matter what is going on outside the gym, he can come in and do a workout that is the same every time, and take solace in that.

“That feeling is what I live for. It’s like a drug honestly, and it’s legal. It’s free therapy, lucky me, right?” Labrada jokes. “That’s what I love about bodybuilding, is those top heavy compound sets, really pushing the envelope. I’m getting a little emotional honestly, talking about it right now, but just the fact that no matter what’s going on outside of the gym, no matter what’s going on in your life, no matter. Fourty-five pounds is always fourty-five f—ing pounds. So it’s nice to be able to walk in somewhere and it just be you vs something that you have done before. It’s simply are you going to be better than you were last time or not? That’s a feeling I have grown to live for.”

Hunter Labrada is definitely turning into a formidable challenge on the bodybuilding stage. It will be exciting to see how far his skills will take him, and how he stacks up with the other incredibly talented people alongside him.

Over 40? This is How You Really Should Be Training