Hwang Chul-Soon has allegedly slapped a lady while attempting not to be shot on camera. 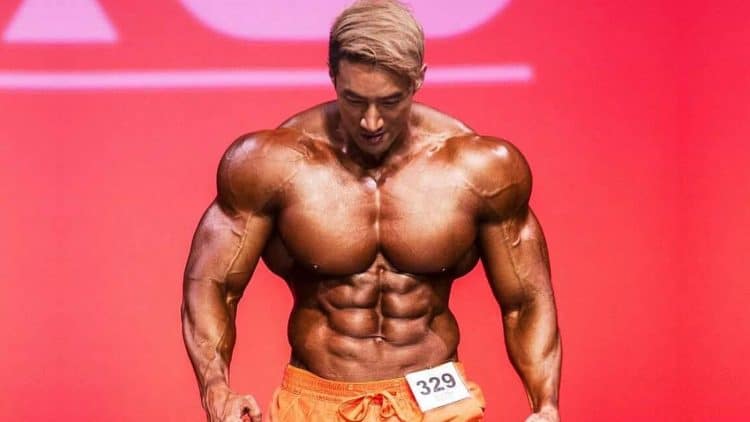 With a physique as defined as Hwang Chul-Soon, “Jigman” has generated quite a bit of fanfare over the years. The bodybuilder was allegedly involved in an altercation, and the initial report indicates he slapped a woman attempting to stop her from taking pictures with a cell phone but has sincerely apologized.

Chul-Soon is a Korean bodybuilder with a very pleasing aesthetic physique. Competing at the 2016 Musclemania Universe at Fitness Universe, Professional Medium, Chul-Soon impressed many when he managed to capture 1st place overall. While his bodybuilding days have seen him reach great heights, it appears Chul-Soon is in a rut after issuing a statement to those affected by his violent actions.

Chul-Soon apologized for causing a stir and admits violence should not be tolerated in any circumstance or setting. However, it appears Chul-Soon is struggling to stay out of trouble with the law as of late. According to the initial report, Chul-Soon pushed the ladies after they insisted on getting pictures with him.

Hello. This is Hwang Chul-soon. First of all, we sincerely apologize for causing inconvenience to many people.
Most of all, we decided to reconcile with the parties involved and to stay as brothers and sisters. The assault charge was also closed. We know that violence cannot be justified under any circumstances, and we admit our wrongdoing and sincerely reflect on it. Separately, many articles are distorted from the facts and exaggerated. On the 30th, around 1:30 a.m., I sent my companions out in front of the restaurant located in Yeoksam-dong, and I was alone waiting for the driver. At that time, I saw someone filming me, and I asked if I was filming in a situation where I was clearly aware of the filming. If I had accepted the filming, I could have simply requested to delete it and finished it, but when I said no, I took my phone and checked it, and as a result, I had my image intact. I am very sorry for the responsibility for the broken cell phone in the process. And when the acquaintances of the person concerned stubbornly protested, he had an argument with acquaintances of the other party. In the process, I burst into tears and slapped a friend on the cheek. Chul-soon shared on Instagram (translated)

Again, I am aware that this is a big mistake, and I bow my head a hundred times and apologize to the person concerned. I was not able to control myself even more because I was in the midst of going through trauma from voyeurs and malicious comments. I’m really sorry for causing a scandal. There were similar cases in the past, so we were careful in everything. There were problems during the brawl, but I’m not really the ignorant person who assaults the apologizing fan as in the news. The day before, he gladly took photos of the fans who asked for photos in the same place and paid for the food as well.

This one occurred amid protests and quarrels over sneaky action. I would like to clarify this part. Furthermore, it is deeply regrettable that the case was reported without fact-checking in a situation that has not yet been investigated by the police. Please, please correct the mistakes. From now on, we will try to be more cautious and wise. We apologize for causing the scandal again, and we also apologize to those involved. Thanks for reading this long post.

Hwang Chul-Soon & His Struggles with The Law

Just a month earlier, Tellerreport shared that Hwang Chul-soon was arrested on the sidewalks of Gangnam-gu, Seoul. The bodybuilder is alleged to have assaulted two men in their twenties. The notoriety and fame brought on by bodybuilding can be challenging but assaulting a lady is never permissible.

In Asia, a man of his stature attracts a lot of attention, though the Korean Arnold Schwarzenegger will need to practice more self-control when being recorded by paparazzi or random people. While Chul-Soon remains a solid celebrity figure in Korea, hopefully, he seeks help for his violent antics outside of competition.

Chul-Soon is known for his uncanny ability to blend nutrition and exercise, and always has a balanced approach to any discipline he attacks. As a renowned Korean bodybuilder, his fans simply want to see him out of trouble and contributing to the community he helped build. While the bodybuilder allegedly slapped the lady, Chul-Soon has sincerely apologized for the incident.