Jackson Powell returns to action after almost a year away and has an epic performance that culminated in a 2044.8lb total 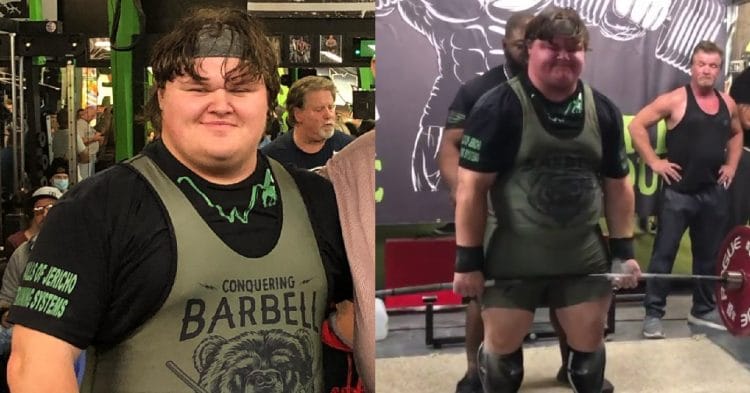 Despite being just 18 years old, Jackson Powell has been on everyone’s radar in the powerlifting world. He reminded us why that is with a recent meet that saw him hit some insane new numbers.

When we spoke with young powerlifting talent Jackson Powell earlier this year, he had some big goals in mind. He intended to compete just after he turned 18 in August, and he wanted to be the first teenager to earn a 1,000kg total during a meet. These were grand aspirations, but he had been showing the types of performances prior to this that made it seem like this would be a real possibility. In fact, when he competed in January, he was able to sweep all of the USAPL records for his age group and weight class.

Unfortunately, Powell would have his summer plans derailed by the global pandemic, which stopped him from being able to compete like he wanted to. However, he was able to get back to action over the weekend, for the first time since that January outing. As he showed in a post to his Instagram, things went well at this meet too, culminating in a massive 2044.8lb total. In the process, he surpassed all of his previous lift records from January.

That was a stellar performance from Powell. He had shown improvements everywhere, but perhaps his best showing came from the gigantic 903.9lb squat. Then again when you look at some of the work he had been doing in the training room, it is not exactly surprising that he did that well. Here he is just a few weeks out from the contest, hitting a strong 855lb double.

It was unfortunate that Jackson Powell had his 2020 plans delayed, but he does not seem to be letting that stop him from gaining ground on his goal. With this recent outing, he is still 72.5kg away from his desire to hit a 1000kg total, but he has been getting better in every aspect of his game. So if he can keep up this trajectory, this goal is not unrealistic at all.