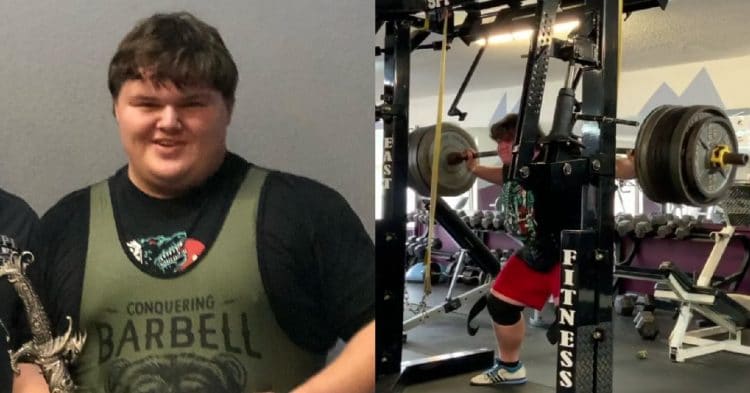 At every turn, it seems that Jackson Powell is improving in big ways. He showed that growth again recently, by smashing through a pretty massive squat set.

At just 17 years of age, Jackson is one of the brightest examples of young, up and coming powerlifters. He already has accomplished a ton in his short time in the sport, winning various meets and setting several records. He has no plans on stopping there either, aiming to be the first teenager to hit a 1,000kg total, while competing in a powerlifting meet.

The efforts Jackson Powell has been exerting in the gym, in order to reach this lofty goal, has not gone unnoticed. A recent example of this was demonstrated, with a post to his Instagram. It was here that he went for a massive 775lb squat, hitting it for a double.

“Small miscommunication today but happy to have gotten it done. Not my best double but working to get back to where it needs to be. 775X2”

This was a pretty close call for Jackson, as he alludes to in the post. He explains that he had a bit of a miscommunication with his training partner, and you could see it in the video. When he went up from that second squat, he had to let his assistant know that he was not going for a third, and that the weight needed to be re-racked.

Powell hasn’t been just working his squat game either. Here he is, just a few weeks earlier, working on some deadlifts. He went two hard sets of a strong 635lb single, making it look like a piece of cake.

It seems that, with constant work like this, Jackson Powell will likely be able to accomplish the goal he has set in place. It will be curious to see how he performs in his next competition, so we can find out just how close he really is.