Do not get caught walking by while this woman is filming 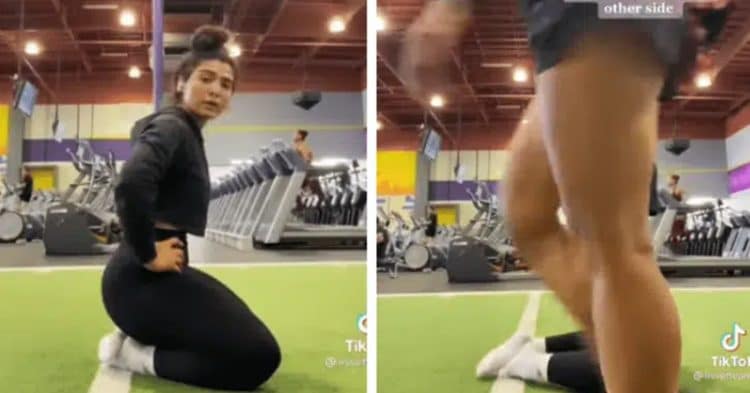 Fitness influencers are truly a different breed of humans. The wordy title comes from a very interesting situation that set the internet ablaze recently.  A female fitness tik-toker was making a stretching/workout video when for a second you see someone pass by the camera in a “blink and you missed it” moment.

However, that was more than enough to set the tik-toker into a passive-aggressive rage that she made sure to express with a caption in her tik-tok video. Of course, what happened was what always happens when influencers start lacking self-awareness due to their fame and online stature.

As soon as the woman passed by her camera, the woman with the username “@lissettepma” gives her phone camera a look that speaks a thousand words. 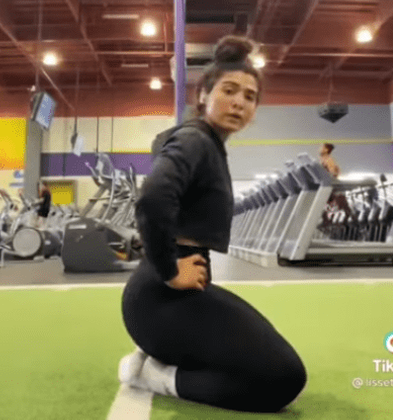 Now, the tik-toker that has since been re-named as a “Karen”, posted this to her account with a caption that talks about gym etiquette and spaciousness of the gym with the end goal of people agreeing that gym-goers are uncultured swine. However, as you may have already guessed it, the end goal wasn’t as “Karen” hoped for. The few tik tok users that are not 12 years old quickly realized that the woman passing by isn’t an issue but the person criticizing is the issue. It didn’t take long before the comment section was turned into a blood bath with more than 20k comments as of this writing.

Here are some of the comments from the public:

“It’s a gym NOT a filming studio.”

“They probably didn’t actually notice you were recording, but also maybe they just didn’t care. Humble yourself.”

“The worst part is she posted this video in good faith thinking people would agree with her, a true Karen.”

“Another person who thinks everything revolves around them,”

“Kim there’s people that are dying”.

Now to give the aforementioned “Karen” some slack, it really is a pain in the ass when you’re recording yourself either for social media flexing purposes or for form check purposes and someone walks in front of the camera. I’ve been in these situations and it’s super annoying when you think you’re gonna have a sweet ass video with performing something cool while looking all badass and what not only to find out that you got photobombed by a random dude passing by.

On the other hand, it’s not your personal gym, there are other paying members who don’t have to respect your tik tok in the making.  If that woman for some reason wanted to be a dick, she could have easily stood behind miss Lissette for the next 20 minutes, just annoying the life out her for the hell of it and no one could stop her.

Here’s a personal message from me to miss Lissette and everyone that agrees with her point of view; you’re not Martin Scorsese and your stretching video is not Goodfellas. Nor is it the next “Jujimufu-doing-splits-with-a-loaded-barbell-over-his-head” viral video. If you want personal space to film yourself in a public gym, try working out at times when there are less(or none at all) people. You can also try going to a gym that’s less crowded or a gym that’s more social media influencer friendly. I personally am not aware of any, but I’m sure there’s gotta be one where there are a dozen tik tokers who respect the hustle and don’t interrupt other tik-tokers doing tik-tok dance or tik-tok stretching videos.

I’m sure miss Lissette isn’t a bad person or a “Karen” in real life.  From what I’m seeing on her tik tok, she actually does REAL muscle-building workouts and not 20 variations of booty band jump squats and hip thrusts. Just because of that, she gets a thumbs up from me. However, situations like these teach a valuable lesson. Which is: no matter how many followers you have, you are not above the internet. If you post something that rubs people the wrong way, you will get eaten alive by the angry comment section tik-tok mob.