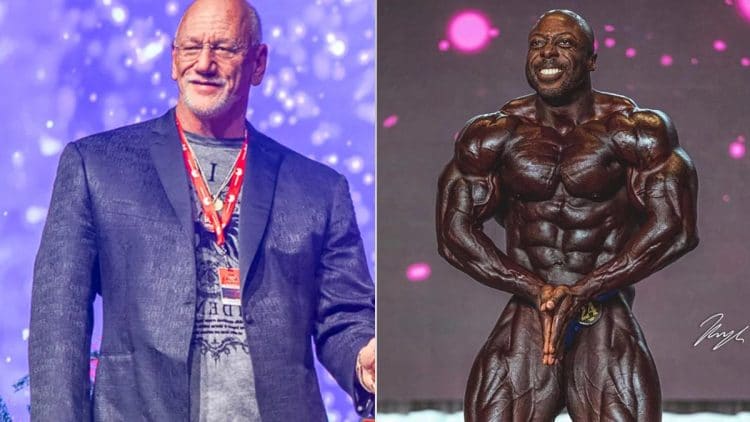 Olympia owner Jake Wood recently touched upon the topic of athlete safety and medical examination for the sport of bodybuilding. During his recent visit to The Menace Podcast hosted by Dennis James, Jake Wood discussed the downsides of steroid use and pondered over the possibilities to curb the resultant damage to athletes’ health.

Bodybuilding world saw the passing of a record-high number of athletes in the year 2021. A lot of these unfortunate deaths have been attributed to the wear and tear of a professional bodybuilding lifestyle. Talking about the issue, Jake Wood said that a staggeringly high number of athletes get discouraged with the negative effects during their initial years of competition. However, he admitted that he cannot verify the claims.

“There’s a lot of bad advice coming out of secondary coaches. Even some of the best coaches out there are not always doing the best things,” Jake Wood said.

While bad advice is partially responsible for damage to an athlete’s health and prospects of success, Jake Wood suggested that every athlete has to take responsibility of their own health and well-being rather than following every advice they get from their coaches.

Bodybuilder George Peterson’s sudden death before 2021 Olympia shocked the world. The autopsy report published recently stated that long-term steroid use could have been a contributing factor in Peterson’s demise. Many athletes have suffered dire consequences due to an absence of stringent testing in the sport of bodybuilding. However, Olympia is planning to take steps and might ask for doctor’s clearance from competing athletes in advance. Jake Wood said:

“I thought about it, you know. What about at the Olympia? What if we said, “Hey before you come, you need to get a doctor’s clearance just like the NFL does at the beginning of the season?” We could do that.”

Jake Wood continued further and stated that many athletes don’t know if they will compete at Olympia that particular year. Therefore demanding a doctor’s clearance at the beginning of the year will not be practical. However, he said they’re looking into the timeline for this procedure.

Dennis James opined that this practice should be adapted for all pro shows. Responding to this, Jake Wood added that he can only control this for Olympia. However, he responded in affirmative and shared his concerns for Dennis James’ suggestion of asking bodybuilders to present a doctor’s clearance before getting the pro card.

“I think that would be a step in the right direction as long as it’s done correctly. Of course, who establishes the criteria and what are they testing for and when do you say that it’s no good. I mean, when do you say you failed the test?” Jake Wood said.

Courtesy of Muscle And Fitness YouTube channel, you can watch the full podcast episode here: