James Hollingshead noticeably left Brandon Curry out of his top six for the 2021 Mr. Olympia 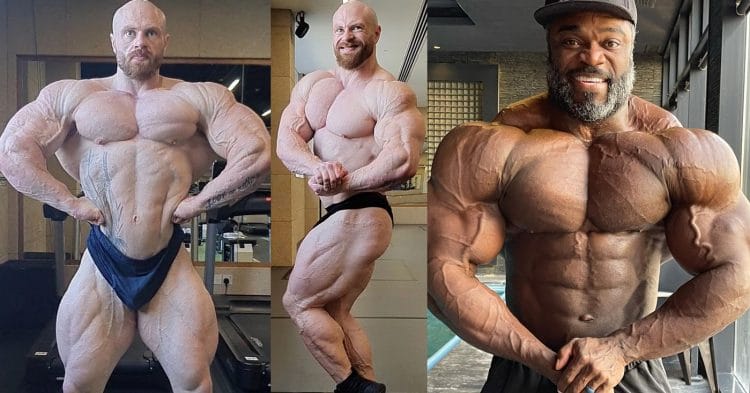 After being forced to sit out of last year’s Olympia, James Hollingshead has a chip on his shoulder coming into this year’s contest. He not only gave a brutal top six prediction, but says he can beat a past champion this year.

Hollingshead is one of the moe promising athletes that UK has brought to bodybuilding in a long time. This was not always the case, but in the last couple of years he seems to be finding a groove and is heading into the 2021 Mr. Olympia with something to prove, after the global pandemic forced him out of last year’s contest.

Speaking in an interview a few weeks out from the contest, James gave his thoughts on how the top six would play out this year. Naturally he is including himself in this lineup, but there is a certain former champion who he believes will be dropping several placings at this year’s show.

“I think Ramy for the repeat, Hadi Choopan in second. Third will be… you know I’m going to say something crazy, I think Iain (Valliere) will be as high be as third. Fourth, me. Fifth, (William) Bonac, and sixth Nick (Walker). Sorry Brandon,” Hollingshead said with a laugh.

“It might be a crazy top six but if it happens you can call me Mystic James. The thing is, I feel like a change of the guard is coming. If it doesn’t now, it will happen soon.”

It is no accident that James Hollingshead did not put Brandon Curry in his top six prediction. In fact, he is confident that, even if both men end up in the top six, he could easily bring a physique to beat the 2019 Mr. Olympia winner.

He says that he has something that Curry doesn’t, and could bring a package that would look better than Curry onstage. James has a true belief in himself to be better than Brandon, despite the fact that he has won the Mr. Olympia.

“Listen, I respect Brandon massively but for some reason I just feel like I can beat him onstage. It may never happen, but it’s a belief right now, that I can be against the monsters of Akim (Williams), Hadi (Choopan), Brandon, and William (Bonac).”

These are some bold assumptions from James Hollingshead. However he will have the chance to prove himself when he steps on stage at the 2021 Mr. Olympia.