James Hollingshead Is Not Competing At The 2020 Olympia, Instead Opting To Wait Until 2021, As He Is Already Qualifed 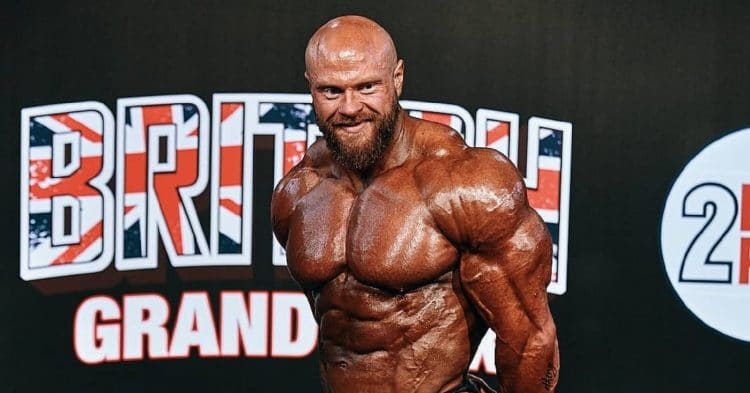 The last couple of months have been big for James Hollingshead after earning qualifications to both the 2020 and 2021 Mr. Olympia. However he has opted to sit out this year, in order to make a bigger statement for next year’s show.

It is not very often that someone simultaneously qualifies for two different Mr. Olympia events, but given the circumstances of the year, Hollingshead did just that. Last month he was able to win the Europa Pro show, getting his first pro win and earning an invite to the 2020 Olympia. However he quickly followed that up a few weeks later by winning the British Grand Prix, securing a spot in the 2021 Olympia as well.

With two qualifications to two Olympias, James Hollingshead was left to decided whether or not he would compete at both shows. After some consideration, he decided that he would be sitting out the 2020 Olympia, waiting to make a return next year. He revealed this decision in a recent video to his YouTube channel, where he explains that he wants to take the time to improve his physique, and make a big impression when he steps on the Olympia stage for the first time.

“The plan now is to focus solely on improvements and to shoot for the 2021 Mr. Olympia solely,” Hollingshead said. “(I want) to use this time between now and that show to come back evolved again, and be even better than this year.

“I will say it now,” he continued. “I want to go to the Olympia and I want to crack top six, I do. A lot of people will hear that and think it’s not realistic but if I spoke a year ago about winning two pro shows in a row, most people would have said I wouldn’t win one.”

James Hollingshead goes on to explain that he will be spending the next few months doing Post-Cycle Therapy to heal up and prepare for the next few months. He then hopes to return in 2021 and be better than ever. These are some lofty goals for the British bodybuilder, but he seems motivated and confident that he will have a great performance after he takes this time to reinvigorate himself.

It is certainly going to be interesting to see how James Hollingshead looks when he mak s his return to competition at the 2021 Mr. Olympia. He has been one of the surprising standouts of the year, and his improvements are going to be fun to see.