Coach Hany Rambod has confirmed that Phil Heath will not compete at the 2021 Mr. Olympia 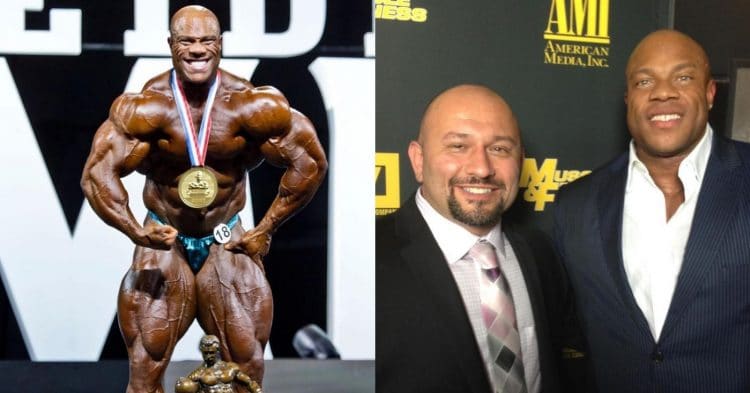 Fans have been wondering if 7x Mr. Olympia Phil Heath would take the stage again at the 2021 Olympia. Now his coach, Hany Rambod has confirmed that this will not be the case.

Heath returned to the stage last year, in an attempt to earn his eighth Mr. Olympia title. In the end, he would come in a somewhat controversial third place score, falling behind Big Ramy and Brandon Curry.

Since then Phil has shown some improvements to his midsection, which was his biggest weakness, and hinted at some major things that he had in the works, leading some to wonder if he would be competing at the 2021 Mr. Olympia. However his coach, Hany Rambod spoke in a Q&A on YouTube and confirmed that Phil will not be competing at this year’s Olympia.

“This is a question that so many people have been asking me. I’m going to go ahead and go, we’re less than three weeks out. The reason why people are asking me this is because they saw Hadi (Choopan) with me, they saw Derek (Lunsford) with me, and they saw Andre (Ferguson) with me. They said ‘Where’s Phil, how come he’s not with you? You haven’t posted about him, you haven’t talked about him,'” Rambod said.

“For those of you who are like ‘Oh he was doing it, did he pull out?’ No. He didn’t pull out, he was never planning on doing the Olympia this year,” Rambod added.

“Now could he do the Olympia? I mean Phil’s very dangerous. If he decides to do something, believe me… It’s one of those things where he could do any show, he’s a threat to any show he does. But right now, absolutely he is not dong the 2021 Mr. Olympia. I don’t know how to make that any clearer.”

While it is disappointing to fans of Phil Heath to hear that he is not competing in Florida next month, this is something he has been essentially suggesting for a while. That being said, it will be interesting to see what his next move is.