Brandon Curry Discusses His Motivations Heading Into The 2020 Mr. Olympia, And Who Would Win If He And Phil Heath Were Not Competing 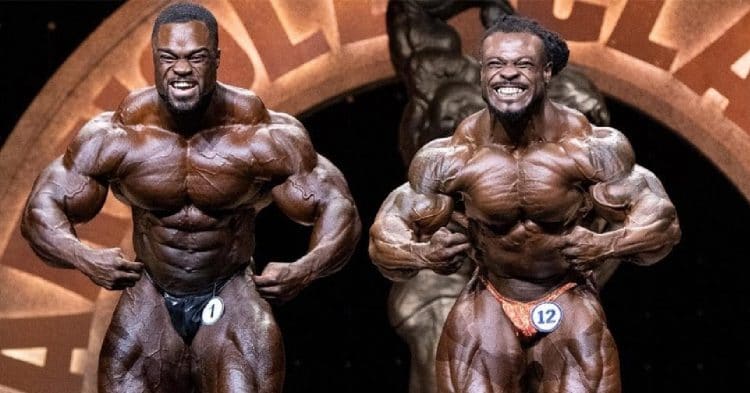 The biggest talking point heading into the 2020 Mr. Olympia is who will win between Brandon Curry and Phil Heath. However the current Olympia champ knows who would win if he and Phil were not around.

When Curry won the 2019 Mr. Olympia, some people considered it to be a surprising moment. For many, Brandon was considered to be a good bodybuilder, but had many areas that he lacked in. Nevertheless he was able to capitalize on a moment in time where Phil Heath and Shawn Rhoden were absent from the roster, bringing a much improved physique and conditioning to the stage, winning the contest and securing his name in history books forever.

Motivations Heading Into The 2020 Olympia

In his attempt to earn a second win at the Olympia, Brandon Curry will be going head-to-head with seven-time champ Phil Heath. Some would think that this is motivation enough to get through training. However, as he explained in a recent interview, Brandon likes to keep himself focused and motivated by keeping things in perspective and realizing how lucky he is to have the opportunities that he does.

“First, I’m here with an opportunity that not a lot of people get to see,” Curry said. “We get one life to live and I’m in these shoes right now, trying to win my next Olympia title. So what do I really have to complain about? This is a wonderful way to support my family, a hobby turned career. I’ve got a lot of motivation that a lot of people may not see what I see. I’ve got young men and young women that are watching me, and seeing what I do with this opportunity. So I’ve got to step up to the plate and make this happen no matter what I feel, because this is an opportunity. I’m destined to be here for whatever reason. What do I have to complain about? I just got to make it do what it do.”

If Brandon Curry and Phil Heath Did Not Compete

The general consensus is that either Brandon Curry or Phil Heath will win the 2020 Mr. Olympia. However some want to know how things would shake it, if it were not for those two behemoths at the top of the docket. In Brandon’s eyes, the answer is pretty straightforward.

As talented as William Bonac is, Brandon Curry and Phil Heath are two of the absolute best to ever do it. Nevertheless it is going to be interesting to see how everything plays out at the 2020 Mr. Olympia.