Once a star bodybuilder, Denise Rutkowski's fall from grace was unfortunate but avoidable. 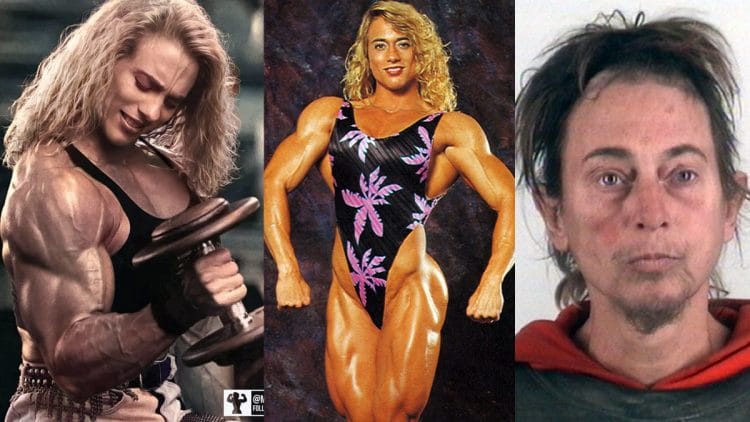 Writing this piece breaks our hearts. Putting pen to paper, or rather fingers to keyboard, in this case, makes us wonder about the possibilities had things not taken a turn for the worse for Denise Rutkowski.

Once at the top of the game, female pro bodybuilder Rutkowski was known for her muscle mass, symmetry, and conditioning. She is most famous for placing second in the 1993 Ms. Olympia, winning $20,000 as prize money.

If you have been around the bodybuilding circuit since the 1990s, there is a high probability that you have seen photos of Denise in multiple magazine covers and spreads.

Not only did Rutkowski have an aesthetically appealing physique, but she also had a pretty face, which made the blonde bombshell one of the most sought-after female bodybuilders of her time.

Over and above her drop-dead gorgeous looks, Denise had a heart of gold. During her bodybuilding days, she lived in Venice Beach, California.

The 1993 Ms. Olympia runner-up was committed to improving the quality of life for underprivileged children in her neighborhood. She spent time traveling with youth from Venice, California to WWF shows, Disneyland, and sporting events.

Also check: The 10 Strongest Women To Ever Walk The Earth

The IFBB Pro bodybuilder was a gifted athlete who could decimate her competition as soon as she stepped on stage. Rutkowski participated in the following contests:

We do not know a lot about Rutkowski’s childhood. In fact, we hardly know anything about her younger years. Although she appeared on many magazines covers and spreads, she kept her personal life under wraps.

Denise had dominated every show she had competed in during her pro bodybuilding career. She was considered the next big thing after her second-place finish at the 1993 Ms. Olympia until she abruptly announced her decision to retire from bodybuilding and attend Calvary Cathedral International Bible College for two years.

After retiring from bodybuilding, The Golden Panther disappeared from public life. No one knew where she was, what she was doing, and if she would ever step back on a bodybuilding stage.

Denise sounds like a really good student, doesn’t she? She was so engrossed in her religion that she forgot about everything else.

Rutkowski went into full-time ministry in 1996, shocking the bodybuilding world. By 1996, Denise was going around the country spreading the word of God at various religious revivals.

To her fans’ joy, she did return to the bodybuilding scene for a brief stint in 2001, but it was nothing serious.

Take a look at what happens to your body after years of chemicals being pumped into it:

Not too long after making a comeback to bodybuilding, Denise decided she was going to take yet another break and travel around the country like a homeless person with her dog.

But why did the Golden Panther decide to live like a homeless person, you ask?

Give that chest a rest. We are getting there.

A few years after quitting working out, she allegedly contacted an IFBB official. According to him, although she had lost all her muscle mass, she was doing fine.

Shit hit the roof when the bodybuilding community saw mug shots of Denise Rutkowski in 2012. Rutkowski was arrested in 2012 and then again in 2013 for evading arrest – the original crime is still unclear.

20 years of drug and steroid use had completely changed the top female bodybuilder (not in a good way). In place of the long blonde hair was a short mousy-brown mullet complete with a wispy beard and mustache.

From being a favorite to win the 1994 Ms. Olympia crown to being arrested for evading arrest and looking like a man in her mug shots – it would be safe to say that Rutkowski went through the mother of all downward career spirals. Not that we think Denise cared about her career one bit at that point.

It was later revealed that Denise Rutkowski had a history of drug abuse (hormones and psychedelics). To make things worse, she was diagnosed with bipolar disorder. Drug addiction and bipolar disorder together make a deadly combination.

It should be noted that Denise Rutkowski has never admitted to her drug use. Bodybuilding fans on different forums have arrived at the drug connection on their own. Not only that, many of these forums are filled with speculations of the drugs she was using.

Watch the this video:

From Arnold’s and Haney’s aesthetic era, bodybuilding transitioned into the mass monster era with the arrival of Dorian Yates. Denise Rutkowski happened to enter the sport when mass monsters were revolutionizing the sport.

This brings us back to one of the most popular questions in bodybuilding – are drugs safe, and are they worth it?

Some people do not mind bodybuilders using drugs because they are fans of the freak shows bodybuilders put up on stage. They argue that if pro athletes in other high-stake sports use gear, why should bodybuilders lag?

Meanwhile, the other group consists of anti-drug crusaders. They want steroids completely banned and want to see physiques going back to the golden era. Whether bodybuilders in the golden years were juicing or not is a separate discussion for another day, but you get the point.

Effects of Steroids on Female Bodybuilding

Pro bodybuilding has been under fire lately for the untimely deaths of many athletes. Bodybuilding legends like Arnold Schwarzenegger, Dorian Yates, Ronnie Coleman, and Jay Cutler are raising their voices for drug use regulation in the sport. This move, if implemented, can be a lifesaver (literally) for many bodybuilders who are pushing themselves too hard.

While Jake Wood has reportedly promised reforms to bodybuilding judging standards after the passing of Alena Hatvani-Kosinova, it does not change the fact that bodybuilder deaths from heart attacks and aneurysms (allegedly due to steroid use) have skyrocketed in the recent past.

Here are some common characteristics of steroids on female bodybuilders:

Testosterone is one of the primary drugs responsible for helping women bodybuilders build muscle mass. According to research, testosterone can lead to female athletes acquiring male sexual characteristics such as facial hair, a more prominent jawline, an enlarged clitoris, acne, as well as a disruption to their fertility levels.

“Special supplements” (as some brofessors like to call them) have more drawbacks than they have benefits. It’s not uncommon for pro bodybuilders to feel invincible while on these drugs while there is irreversible damage happening under the hood.

While on juice, some bodybuilders tend to fly a little too close to the sun. And, sometimes the realization strikes when it is too late for them to course correct.

2. Drug Use is Unpredictable

No two people will ever have the same results from using the same amount of the same steroid. Playing catch up with your training partner is one of the main causes for over juicing in some cases.

On top of that, steroid use is unpredictable. While one person might not see any side effects, the other could end up with irreversible consequences. 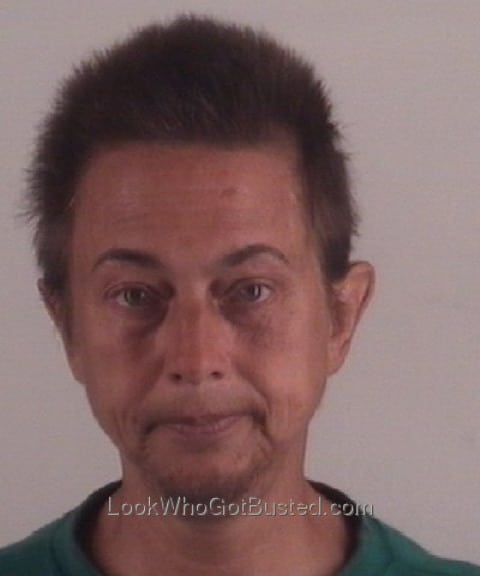 If you use gear for an extended period, your body can end up becoming reliant on the drug and stop producing essential hormones. We are sure we do not need to tell you that this is bad news.

Once you disrupt your natural hormones, there is no guarantee that you would ever be able to bounce back to your old self. Female steroid users could end up with a deficiency in the way their body naturally produces female hormones.

It does not matter if it is a male or female athlete, the drug problem has become a real issue in the bodybuilding world. We keep hearing stories about bodybuilders who lost their health, and even worse, lives to steroid use.

While Denise Rutkowski did not meet a fatal end, her steroid and drug abuse and bipolar disorder resulted in jail time, image tarnishing, and her life spiraling out of control. 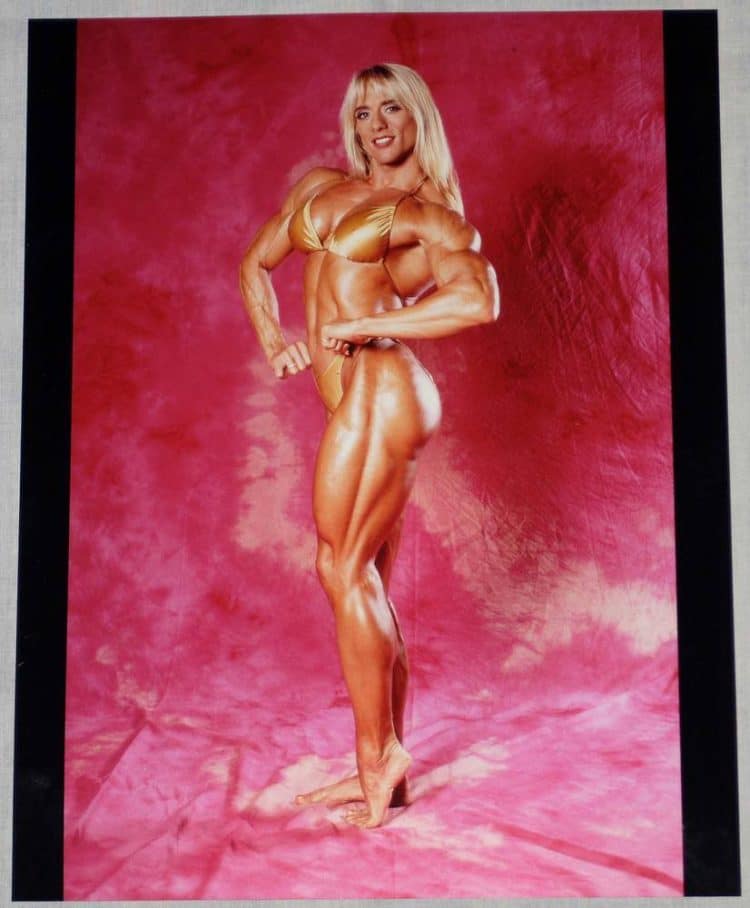 A female bodybuilder who was once thought to be the best athlete in the world and who many experts believed would dominate the sport for a long time, ending up falling from grace and turning into nothing more than a viral meme.

But with all said and done, Denise Rutkowski was a star of her time, and she hit a rough patch. We send best wishes to Denise and hope her issues with drug addiction and law enforcement are behind her.