Phil Heath and Mike Rashid decided to step in and defend Janae Kroc amid internet hate.

Janae Kroc, who previously competed in powerlifting (record-holding) and bodybuilding, came out as transgender and genderfluid in 2015 (she also changed her name from Matthew Raymond). Although, she came out to family and friends in 2005.

But Janae Kroc‘s decision to compete as a transgender athlete has resulted in lots of internet bullying, even up until this point at her age of 46; which prompted two prominent fitness figures to step forward and come to her defense. One of who was a professional boxer (2x Golden Gloves winner) and internet personality Mike Rashid, and the other being 7x Mr. Olympia Phil Heath.

And here are their responses to the internet hate via Twitter… 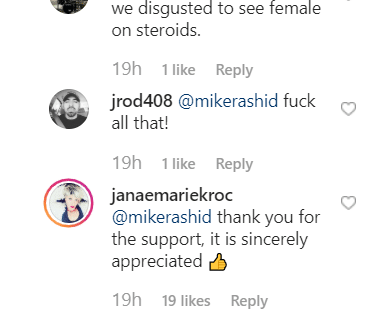 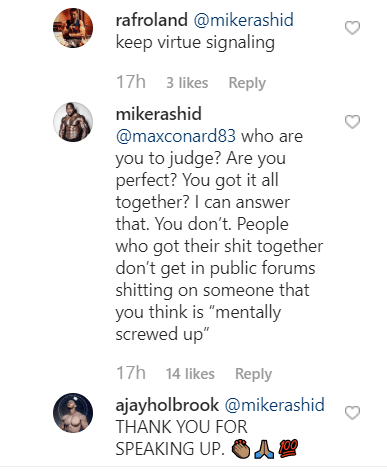 Janae Kroc and anyone who makes a gender transition does not deserve to be bullied, but we’re unfortunately seeing a lot of this as of lately. But it was very honorable of Phil Heath and Maike Rashid to step in and speak up against all of the hate.

Kroc announced earlier this year that her new goal is to compete in bodybuilding again after she was “outed” in 2015, to try and earn a Pro card, which has no doubt fueled the internet harassment even further. But Janae Kroc is likely not new to all of the hate and will do what she feels is best for her.