Life and Accomplishments of Janna Breslin 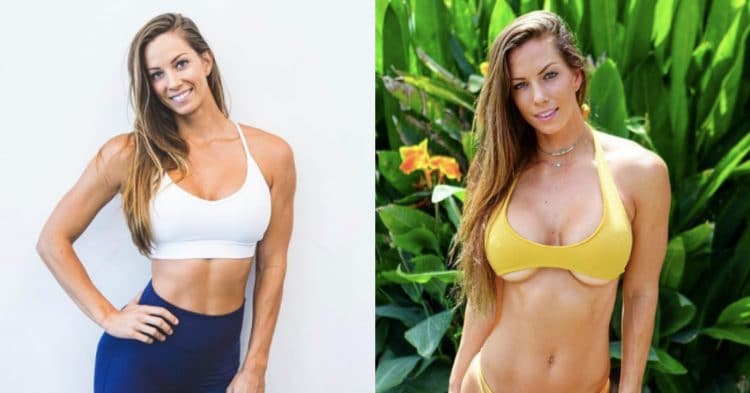 Between the worlds of bodybuilding, modeling, and personal training, Janna Breslin has built up quite the loyal following. She has done the trial and error to discover what works best for her, and this has led to incredible results. This is how she got to be as successful as she is, and what makes her look as great as she does.

While it was never the forefront of her focus, Janna Breslin was always an athletic kid growing up. Born in Thousand Oaks, California, she would participate in a variety of sports in high school, ranging from soccer to cross country, as well as track and field. However she just enjoyed the activities, and did not necessarily care much for the aspects of getting or staying in shape. She did cross country for one year, and track and field for three years, but she also sang in choir for four years.

After high school was when Breslin really began to discover her love for fitness She started working out in the gym, and quickly discovered that this was a passion of hers. She enjoyed the variety of machines that she was able to utilize, as well as the rapid growth and changes she saw to her body. Not only that, but she used the gym as a way to help manage the anxiety that she has dealt with from an early age. It was at this point that she realized that she wanted to turn this passion into her priority.

Janna Breslin found herself in the gym more often after she began pursuing a career in modeling in 2008. However it was not until 2013 that she started taking things more serious, which led to her making the decision to put her physique to the test. Janna wanted to compete on stage and challenge herself against others.

Competing as a Bikini athlete, Breslin found success early. She won her first contest, leading to her fully diving into the world of fitness as a career path. From there she would win five subsequent contests, but it was at this point that she realized her passion was more in the gym than it was on the stage.

Instead of continuing her bodybuilding efforts, Janna Breslin opted to focus more on modeling and generally increasing her fitness. This would pay off too, as she would wind up on the cover of numerous major magazines, such as Max Sports & Fitness Magazine and Train for Her Magazine. She has also been featured in Oxygen Australia, Maxim South Africa, and Inside Fitness Magazine, and was even awarded with Fitness Gurls’ Physique of the Year award.

At the same time as establishing herself as a fitness icon in the United States, Janna Breslin also became a personal trainer and coach. She achieved her physique through trial and error, figuring out what works best through experience. So she has been able to impart this knowledge on others, helping them reach their goals.

Breslin is a Certified Nutritional Therapist, and NASM certified personal trainer. Her diet and nutrition plans have helped many for some time, and she has gone on to develop an online program for people to subscribe to. This, combined with her over 600k followers on Instagram have made her a staple of the fitness world, not just as an icon, but as a coach and trainer.

When it comes to her training regimen, Janna Breslin knows the importance of not overtraining. So she does a two day on, one day off training split, which sees her training five days a week. She will focus on her upper body one day, her lower body the next, and rest on the third. This is the routine that she follows to get her best results.

As far as her cardio goes, Breslin does not put too much of an intense focus on this area of her training. She mostly gets her cardio in from walking her dog or doing the stair master, she says that her favorite way to get her heart rate up is by doing hard sprints. She feels that this provides enough HGH in her body to easily build muscle, doing this about 2-3 times a week.

Like with her training, Janna Breslin takes a specific and efficient approach to her nutrition. She makes sure that every meal is packed full of nutrients, so she gets the most out of everything she eats. She stays away from alcohol, sugar, gluten, and dairy, in part due to her being a Celiac, but mostly because she knows how negative of an effect it has.

Janna tends to eat carbs in the morning, and after a hard workout, but she gets most of her daily energy from healthy fats. That being said, Breslin feels at this point in her life, that she is experienced enough to not specifically count calories, instead eyeballing her portions. With her years of knowledge, she knows what works best for her and her body.

As far as supplements are concerned, Breslin jokes that she tends to take a ton of pills every day. As a former pharmaceutical rep, she has fairly in-depth knowledge of medications and has learned what stack gives her the best results, and help her focus on her gut health.

Here are the supplements that she takes:

Over the years, Janna Breslin has positioned herself as a rather influential figure in the fitness community. She is a great example of how trial and error can help you lead to the best results for your own needs. She knows how important it is to set goals for yourself and keep a positive mindset, using this way of thinking to propel her to success in life.

Nowadays, Breslin is focused on building her brand and working to help others achieve their goals. As she continues to grow, it will be interesting to see how her popularity increases and the people that she will be able to help. All in all, she is a phenomenally gifted woman with a ton of potential.