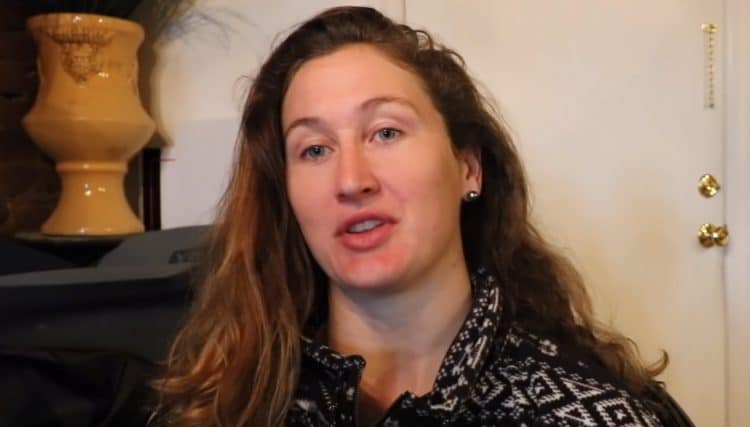 It was last week when Tia-Clair Toomey and Shane Orr announced on Instagram that they were making a “big move.” That move is to South Korea for the time being, to train to qualify for the 2022 Australian women’s bobsled team. Tia has followed that up with a post on YouTube yesterday.

“I want to say at least 18 months go, I was approached by the Australian bobsled team, and they asked if I would be interested in joining and being a part of their bobsled in order to qualify for the Winter Olympics in 2022 which will be in February and held in Beijing, China.”

Tia-Clair notes that she wanted to be sure that this training season aligned with the CrossFit training season. She and her husband and coach Shane Orr drove to Boston to get the VISA sorted out.

Training begins in South Korea, and she and Shane recently went to Boston to apply for VISAs to go. In South Korea, four-time Fittest Woman on Earth winner Tia-Clair Toomey will actually train with the Australian women’s team to learn “tips and tricks” when it comes to bobsledding.

She’s never done bobsledding before but did get a chance to see the bobsled rack when she was visiting in Whistler last year. She had never seen a bobsled track before and didn’t realize how high they are.

She also notes that fellow CrossFit athlete James Newberry is already over there and doing it for the men.

Tia-Clair is really excited to have a friendly and familiar face in South Korea waiting for her. James Newberry lived with them at one point in 2018, and she’s “very excited to catch up with him. He’s already been sending her some tips, noting that the bobsled goes down the track at approximately 120 kilometers an hour.

Tia-Clair makes it very clear that they are only switching sports for a little while, and not leaving the CrossFit community permanently. Referring to the upcoming CrossFit Games she said,

“The Open starts at the end of February so actually now that CrossFit are looking at going back to the original season structure it’s going to be a lot more helpful for me so I could do both.”

I’m really really excited to be going and doing something different. You know, potentially going and trying to qualify for the Olympics again, but for the Winter Olympics. This time is something that’s very very exciting and something I’m really looking forward to. The fact that I have an opportunity to potentially represent my country in a different sport, is just so humbling, it’s such an honor. I’m just really grateful for these opportunities that come up and these experiences.”

She’s happy that Shane will come with her as well. He will help her with some conditioning. She is going to be “the pusher” in the bobsled team, and likely because of her already superhero-like strength.

Tia-Clair Toomey is known for her inconceivable speed in running as well. But running on ice is something she will have to train for.

She recently posted to Instagram that the South Korea journey has officially begun.

Tia-Clair Toomey is Not Leaving CrossFit

We repeat, Tia-Clair Toomey is not leaving CrossFit. She wants to make it very clear that she’s not forgetting CrossFit at all. She’s also been sourcing out CrossFit gyms in South Korea in order to train for the CrossFit Games Open in February.

Tia-Clair has never been to South Korea before but is excited to spend some time there with fellow Australians. She also notes that South Korea is in the same time zone as her homeland of Australia.

We’ll keep you posted on all news that is Tia-Clair Toomey as she makes this switch in sport during the CrossFit off-season.

Women’s Powerlifting: What You Need to Know to Get Started

Australian sensation Tia-Clair Toomey stands as one of the most successful CrossFit athletes of all time. She is coming off...

The six time Fittest Woman on Earth®, Tia-Clair Toomey, has recently revealed that she is not retiring from the sport...