Powerlifter Jesus Olivares landed some big accomplishments over the weekend, with a 1055.5kg total at a recent meet 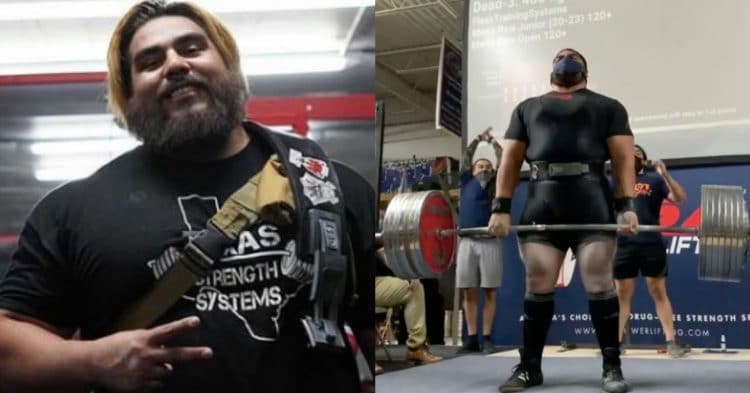 While things have been hard for a lot of us in 2020, Jesus Olivares has looked better than ever this year. He continued this trend over the weekend, as he decided to end the year on a massively high note.

As a teenager, Olivares made himself known as one of the most promising teenage powerlifters in the world today. He took a good amount of time away from the sport though, between 16 and 20 years old. However once he picked things back up in late 2019, he continued right where he left off, going straight back to crushing competition. Then in 2020 he started regaining momentum, winning the Capital City Classic with a solid 985kg (2171.5lb) total.

Over the weekend, the 21 year old Jesus Olivares got back to action for the second time this year. As seen in a post to his Instagram, he took part in a USAPL meet that saw him score a plethora of impressive lifts, leading to a new unofficial American Junior and all-time sleeved junior world record total of 1055.5kg (2327lb). Not only did he set this record for his total, but he also went 9 for 9 for the first time in his career, hitting two American records with his other lifts.

“First 9/9 meet. Sq: 410KG/903LB
Bench: 245.5KG/541LB (chipped Jr American record)
Deadlift: 400KG/881LB (New open and Jr American record)
Total: 1055.5KG/2326.96LBs new American Jr total record and ALL TIME BEST Jr sleeved total.
This is not enough, we will continue to improve day in and day out. But for now we rest and recover, I couldn’t have done this without the people in my corner who have been there since day 1 🥺. Thnx to my coach @joeyflexx7 for guiding me and putting me in the best position to succeed from his end, thank you to @amglifts for driving 5 hours to coming to handle and hangout and for my brothers and girlfriend for supporting me 🥺🤝”

There was a lot of impressive work from Olivares here, and he looked good all around, even if they were unofficial records due to the meet not being an IPF sanctioned one. He got a Junior American record with his 245.5kg bench press, and another with his 400kg deadlift. However what is crazy about the latter of those two, is that leading up to the event, he was not even hitting this in training, yet he made it look effortless on the day. Here he is with his final heavy deadlift session before the contest, pulling a sturdy 385kg.

From the moment Jesus Olivares returned to competitive powerlifting, he looked to be a promising athlete. This has only gotten more evident as he progresses, and the next few years are bright for this young powerlifting prospect.