Powerlifter John Haack is training hard for the 2021 Kern US Open in just two weeks. 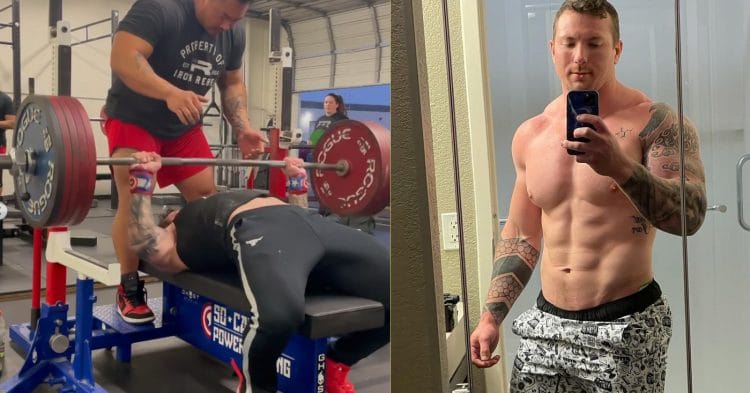 With the 2021 Kern US Open just two weeks away on April 24 and 25 in San Diego, California, powerlifters everywhere are training hard for the win. John Haack is one of them and has already beat his own world record in training hitting a new personal record (PR) by 4 kilograms.

It was April 12 when John Haack posted the training video to his Instagram. He performed a bench press of 265kg/584lbs, a lift 11 pounds over his current world record. The bench was performed raw with wrist wraps, but without a lifting belt. Although this wasn’t a competition record, and thus not an official world record, it’s still a new PR for Haack.

In the same session on his Instagram this week, Haack performed a squat of 340kg/749lb. He’s clearly determined to get the win this month and has already set the bar to push himself. Watch the lift:

Powerlifter John Haack is a lifter that has been successful in his competitive history. Since 2013, he has competed 19 times and took home the gold for 16 of them. In most of these competitions, he has competed in the 82.5kg/181lb weight class.

By 2020, Haack had completely taken over the 90kg-weight-class. He is currently the record holder for both the bench press and the lifted total at 967.5kg/2,133lbs.

Here’s what he did for that record:

As it stands now, Haack is well on his way to clearing another world record at the end of the month. We will keep you posted on his results when the time comes.

The Metabolic Confusion Diet: Is It the Right Diet for You?