Jay Cutler breaks down what it is that makes Big Ramy special, and how he can utilize that to perform at his best during the 2020 Olympia 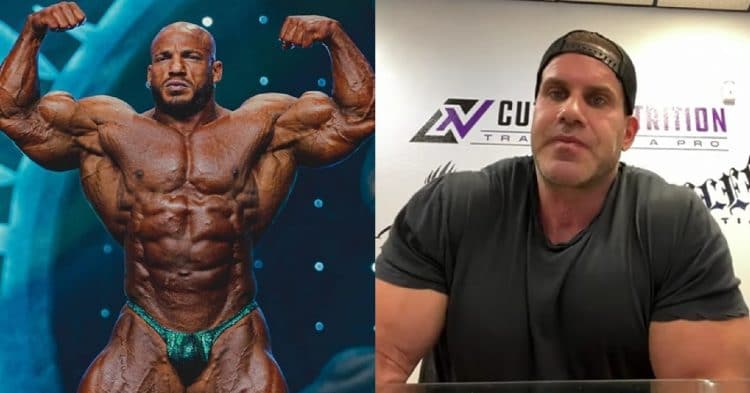 For many years Big Ramy has been regarded as one of the most gifted bodybuilders alive, but has not exactly been able to bring things to the next level. Ahead of the 2020 Mr. Olympia, Jay Cutler offers him some advice that could help him reach his full potential.

When it comes to the sport of bodybuilding, Cutler is well versed in what it takes to be successful and the best in the world. He has won four Olympias over the years, proving to be one of the best of his era. It was all a product of hard work too, as he continuously improved year after year, after seeming like he might never break away from his streak of second place scoring.

Nowadays Jay Cutler has retired from competition, but he still has his finger on the pulse of the sport. So naturally he is just as intrigued as the rest of the fans, at the idea of Big Ramy stepping on stage at the 2020 Mr. Olympia. Ramy is one of those guys who is an absolute mass monster, but has never quite been able to put everything together in a way that lets him win on the biggest stages, only reaching second at the Olympia. Speaking in a recent interview, Jay explained what it is about Ramy that makes him so unique, but also why he likely struggles to reach the next level.

“He’s kind of been under the radar, I haven’t heard from him lately,” Cutler explained. “I always told him the same thing that everyone’s told him. You don’t have to be so big. I just hate that some people are like ‘Oh come down to 280 and you’ll be good.’ It’s not about the weight sometimes. You’ve got to go by the mirror and say okay, what’s going to be the best condition? We all know that the guy has more muscle than almost anyone in certain areas, especially the legs. The legs need to come down a bit in order to balance the look right. But he’s been second, if he shows up his best ever then we’ll see.

“The problem is he just hasn’t hit it yet and we’ve been talking about this since 2013,” Cutler continued. “Seven years later and we’re still waiting. It’s hard as you get older. You usually peak in your late thirties and there’s the rare cases that people go into their forties and compete.”

That being said, Jay Cutler knows that Big Ramy is a naturally massive guy. He thinks that this has sometimes led to Ramy not always taking his diet as seriously as he should. Not only that, but it makes a nutritionist’s job difficult simply because of the way his body processes food.

“I don’t know anything about his nutrition, but I would say the guy is a genetic wonder where it doesn’t take a lot of calories for him to be as big as he is,” Cutler said. “So when you work with someone you think ‘Okay the guy is huge, he’s 300lb. I have to feed him enough for a 300lb person.’ You follow what kind of tools we all use as nutritionists, to diet people down. I would think that the guy probably has to eat a lot less calories than I ever had, to dial down. I think maybe that’s where the confusion is. You can put the guy on three hours of cardio a day, but maybe that doesn’t work. I see him as maybe a low-carb dieter, which can be a little tricky sometimes because sometimes the body just fights to take the rest of the body fat off and it’s hard to dial him down.

“I think he has nerves when he gets up there because there’s so much pressure on this guy,” Cutler continued. “When you have the name Big Ramy, what an expectation, right?”

It will be interesting to see how Big Ramy looks when he finally steps on stage. Either way, this is some pretty good advice from Jay Cutler, who has a lot of knowledge and experience in the sport.