Looking to retain his Mr. Olympia title, Brandon Curry looks to be in phenomenal condition 2 weeks out from the contest, while being uncertain of the mindset of the returning Phil Heath 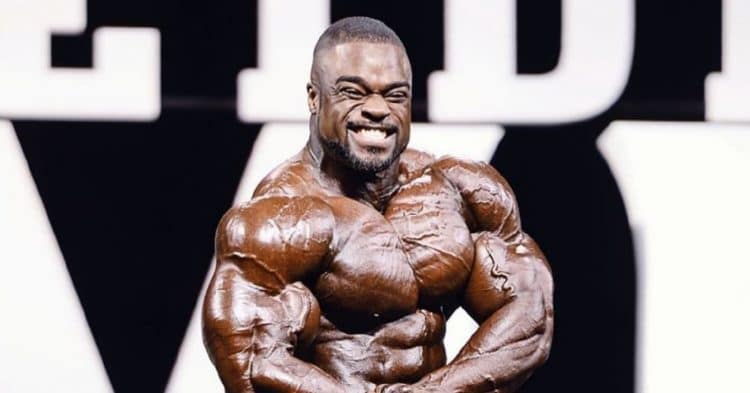 With just two weeks to go until the 2020 Mr. Olympia kicks off, Brandon Curry has been hard at work to put the finishing touches on his physique. He recently shared an update that shows just how impeccable he will be when the time comes to take the stage.

There are a lot of things to be excited about for the 2020 Mr. Olympia, but by far the most discussed aspect to the contest has easily been the rivalry between Curry and the returning former champ Phil Heath. All eyes are on these two as fans look to see if Brandon has what it takes to beat one of the greatest of all time, or if Phil can return to form after more than a year on the sidelines. With each passing week of prep, the anticipation has grown to the point that people are chomping at the bit to see these two elite athletes face off and decide who is the better man.

Reigning Mr. Olympia champ Brandon Curry has been quite open about his physique updates heading into this event, which is not exactly the norm for him. However with two weeks to go until the event, he recently posted to Instagram something of another look into his prep for the show. Although this is not the most intricate of physique updates, it is clear to see that he is in tremendous shape.

“Two weeks out from @mrolympiallc. This is where things get fun and more interesting. I’m going to try to enjoy the rest of the process as much as I can. What will be will be. Exciting way to end the year.

The vascularity in this update from Curry is off the charts. You can not only see his massive arms and shoulders, showing just how beefed up he is ahead of the contest, but you can tell that he is in awesome shape. His veins are bulging and thick, which demonstrates just how much he has been pushing himself in the training room over the last several weeks to prepare.

As tremendous as we know Brandon Curry is looking, there are still a ton of unknowns about his rival in Phil Heath. The seven-time Olympia winner has not stepped foot on stage since losing to Shawn Rhdoen in 2018, so nobody is really sure what to expect from him when he returns in two weeks. Speaking in a recent interview, Brandon explained that he is not entirely confident in Phil’s ability to be at the top of his game when he returns. He thinks that the layoff and the mental difficulties of losing the Olympia title are possibly going to be too much for Heath to bounce back from.

“I’m realistic,” Curry said. “I know coming back from almost two years off, it can’t be easy. Getting into the mindset, getting into the groove, getting back into the routine of doing the things you need to do, whatever complications you had that’s got to weigh on your confidence a little bit.

We’re all human right? It’s going to be interesting to see his mental state and see how he’s going to be able to bounce back from losing the title in 2018. That’s not easy to do. My hat goes off to him for even attempting it. I’m very fortunate that he has the confidence to come into the show to compete.

Hopefully he can bring a decent package to compare because the last thing I want is to have everyone complain about how I beat a Phil Heath that wasn’t what they would call Phil Heath.

“Fortunately we do have other guys that are big names competing as well, so its not just a me and Phil show,” Curry continued.

“I’m looking to hold off everybody. If Phil shows up or he doesn’t show up, maybe it’ll be between me and somebody else. Regardless, we’re going to still have a show and as empty as they said the show was last year, hopefully everybody shows up and its not the same excuse for this year.”

Brandon Curry certainly brings up good points about the uncertainty of Phil Heath this year. However it is these questions that make the 2020 Mr. Oylmpia such an interesting and exciting contest.